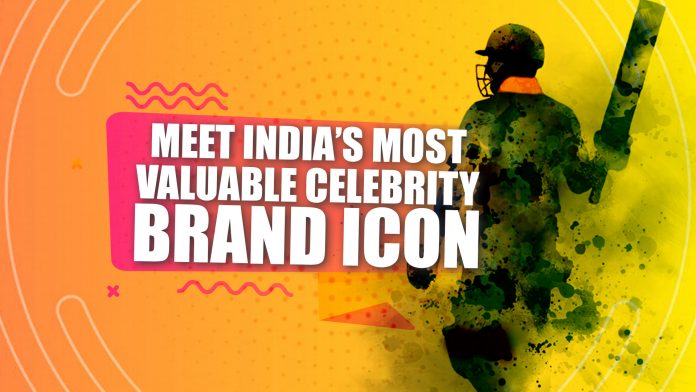 With innumerable records up his sleeve, team India skipper Virat Kohli adds another feather to his illustrious hat as he becomes India’s most valuable brand icon for third consecutive year. His popularity can be determined by the number of brand endorsements that he has been doing over the past decade. Virat’s unmatched charisma has helped him retain No.1 spot in global brand valuation. According to Celebrity Brand Valuation Study 2019 named “New is Gold” conducted by a global advisory firm ‘Duff and Phelps,’ the 31-year old skipper continues to reign the prestigious title of India’s number one brand celebrity icon.

Kohli’s brand value has increased up to $237.5 million in 2019, with an impressive rise of 39 percent. Virat Kohli’s wife and Bollywood actress, Anushka Sharma, has found 18th place on the list with a total valuation of $23.9 million.

Virat Kohli is currently leading his ‘Men in Blue’ on their tour of New Zealand. India will face New Zealand for the second ODI on 8th February at Eden Park.

Other cricketers in Top 20

Other sportspersons featured on the list are all cricketers. Dhoni, who has not played for India after the 2019 World Cup, clinched the 9th position with a value of $41.2 million. Master Blaster Sachin Tendulkar has claimed 15th spot with $25.1 million, while Rohit Sharma is ranked 20th with an overall brand value of $23 million.

The Top 20 released by Duff and Phelps features only cricketers and Bollywood stars. After Virat Kohli, actor Akshay Kumar secures the second spot with a brand value of $104.5 million. The list also consists of some renowned names including actress Deepika Padukone at third, followed by Ranveer Singh (4th), Shah Rukh Khan (5th) and Salman Khan (6th).

The total valuation of the male and female personalities on the Top 20 list was in excess of $1.1 billion.