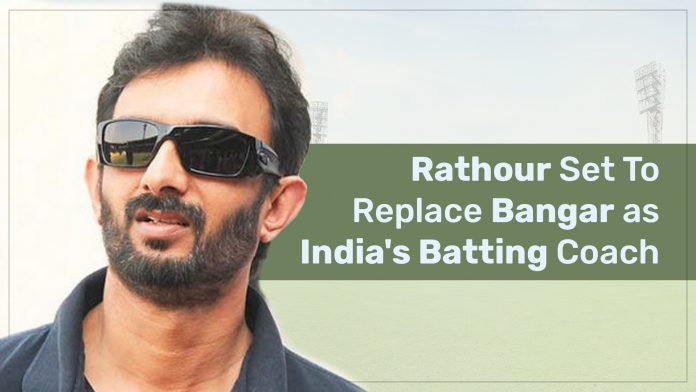 The Board of Control for Cricket in India (BCCI) released the shortlisted names for the support staff of the Indian cricket team (Men) on Thursday. It said, former opener Vikram Rathour will be replacing Sanjay Bangar, who served Indian cricket for long as India's new batting coach while Bharath Arun and R Sridhar were expectedly retained as bowling and fielding coaches respectively.

The senior national selection committee headed by MSK Prasad has recommended three names each for all the support staff positions and the top names in each category will be appointed after the formalities with regards to Conflict of Interest declaration is complete.

According to a BCCI release, the All-India Senior Selection Committee met at the BCCI HQ in Mumbai to conduct the interview process to select the support staff of Team India (Senior Men).

The 50-year-old Rathour, has played 6 Tests and 7 ODIs in 1996 without much success but was a domestic heavyweight for Punjab. He till few years back (2016) was a senior national selector under Sandeep Patil's chairmanship.

He had earlier applied for NCA batting consultant and U-19 batting coach's position but his application was put on hold as his brother-in-law Ashish Kapoor is the chairman of U-19 selection committee.