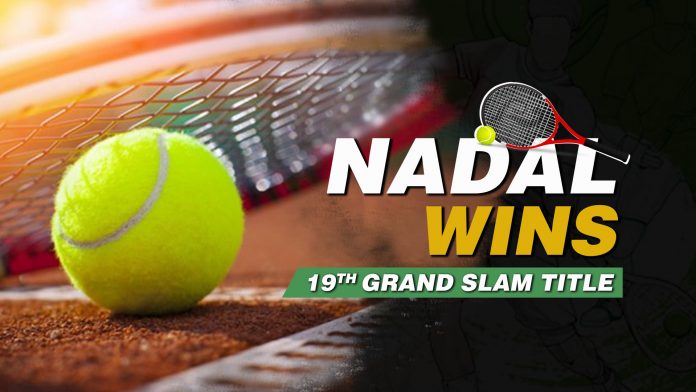 Rafael Nadal was made to stretch but prevailed in end to beat Daniil Medvedev 7-5 6-3 5-7 4-6 6-4 to win his fourth US Open title. Interestingly, the star sensation is just one shy of all-time great Rodger Federer, who holds the record of 20 grand slams.

The victory did not come easily for Nadal. It seemed like smooth sailing for the Spaniard as he grabbed the first two sets. He was one break up in the third. Nadal had dropped only one set on his way to the final and it seemed that he was not going drop any in the title clash.

However, Medvedev mounted a comeback as he attempted to become the first Slam winner born in the 1990s.

The Russian broke Nadal in the last game of each of the next two sets to force a decider. However, it was Nadal who came out on the top in the final set.

Nadal broke to lead 3-2 in the fifth and again for 5-2. But he failed to serve out the victory there, double-faulting on the breakpoint, they couldn't convert two match points at 5-3. At 5-4, Nadal saved a breakpoint and finally converted his third championship point to earn his fourth trophy at Flushing Meadows.

Nadal, who made the semifinals at all four Slams for the first season since 2008, captured his 12th French Open title in June, lost the Australian Open final to Novak Djokovic and fell to Federer in the Wimbledon semi-finals.