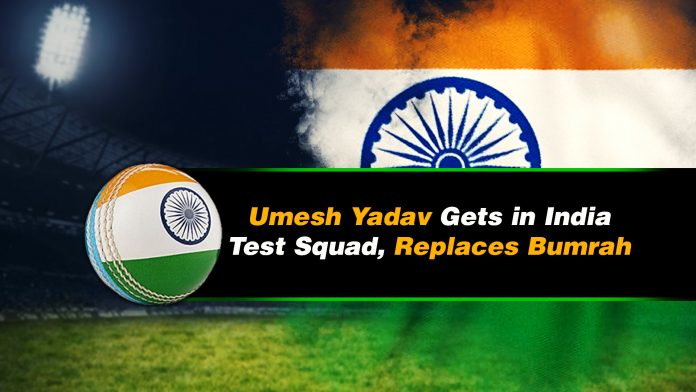 Team India fast bowler Jasprit Bumrah has sustained a minor stress fracture in his lower back and has been ruled out of the upcoming PayTm Freedom Series for Gandhi-Mandela Trophy against South Africa," BCCI said in a statement.

Bumrah's absence in the squad will hurt the Indian team as he is main pace weapon of the team. In just 12 Test match appearance he has scalped 62 wickets. Moreover, the 25-year-old took 13 wickets in the recently concluded India's tour of the West Indies including a hat-trick.

"The injury was detected during a routine radiological screening. He will now undergo rehabilitation at NCA and will be monitored by the BCCI medical team," according to the officials.

On the other hand, it is a good opportunity for Umesh Yadav to come into the eyes of Indian selectors. In the last one and a half year, Yadav has failed to deliver his best performance so, now is the time for him to show that.

India's squad for the 3 Tests: