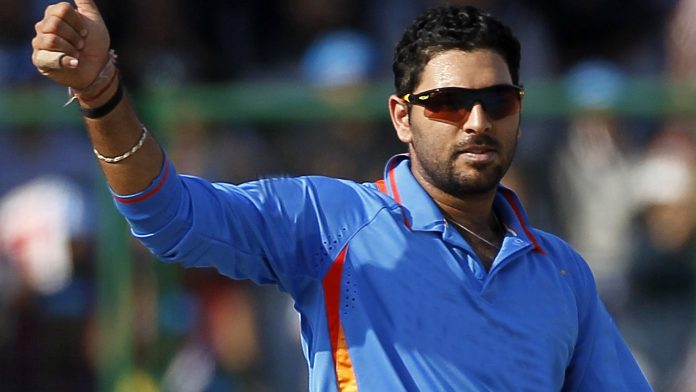 Considered as one of the best limited-overs batsmen of the game, Yuvi’s contribution in the 2007 T20 World Cup and the 2011 World cup has been immense.

In the inaugural season of T20 World Cup held at South Africa, the left-hander smoked six sixes in an over and became the fastest batsman (12 balls) in T20 history to score a fifty. Other than this, he showcased some fabulous performances that helped the Indian team to become the first team to win the T20 World Cup. He was named ‘Player of the tournament’ for his outstanding performance.

Right after four years, in 2011, Yuvraj Singh played his heart out even after having Cancer. He again became the ‘Player of the tournament’ for his exceptional all-round performance in the entire tournament. Apart from this, the 37-years old batsman has twice been a part of the IPL winning team. He captured the second IPL trophy this year with Mumbai Indians and the first was Sunrisers Hyderabad. Featured in the Indian squad last in 2017, the left-hander ends his 19 years ‘sensational cricketing career on 10th June.

Not only the cricket fraternity but also political leaders couldn’t stop themselves from congratulating Yuvraj Singh on his inspirational career:

Share
Facebook
Twitter
Previous articleYuvraj Singh Bids Farewell to International Cricket; 6 Sixes in an Over to Battle Against Cancer
Next articleShikhar Dhawan ruled out of the World Cup 2019 for three weeks