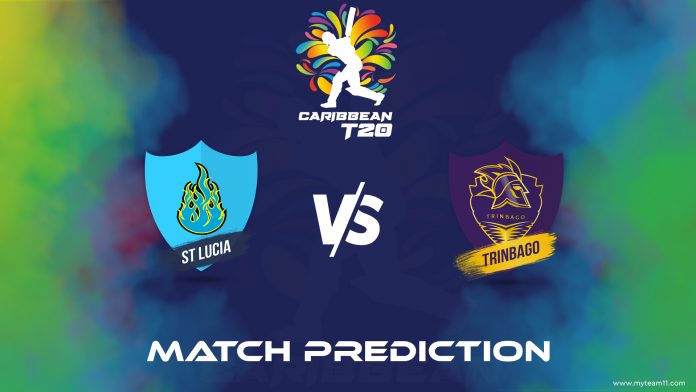 Trinbago Knight Riders and St Lucia Zouks face each other in the finale of the Caribbean Premier League 2020.

Caribbean Premier League 2020 has now reached into its finale and on Thursday, Trinbago Knight Riders and St Lucia Zouks will be squaring off at Tarouba to pick the trophy. Trinbago is favorites and has been outstanding throughout the season with 11 wins out of 11. In the semifinal clash with Jamaica, they had a one-sided 9 wickets victory. Choosing the bowl first, Trinbago picked 3 early wickets for just 10 and Jamaica failed to recover in the first innings. Bonner and Powell both took Jamaica to 107 and Knight Riders chased down the target with losing one wicket, riding on the 97-runs stand from Simmons and Webster. Every player has at least one good performance this season for Trinbago and this is the big reason to back them to lift the title for the 4th time.

Meanwhile, St Lucia Zouks are the underdogs and they surprised everyone with making their first-ever appearance in the final of the Caribbean Premier League. In the semifinal encounter, they completely thrashed Guyana by bowling them out on just 55 and chasing it in only 4.3 overs. Darren Sammy has led Zouks perfectly and he would aim to add maiden Caribbean League title to his glorious captaincy career. The bowling unit is in terrific form and from a couple of games, they also found some positivies in the batting unit as well. Trinbago are the favourites on the final day but St Lucia can break their hearts. They need just one good day to spoil Trinbago’s party. Guyana had a similar story in 2019 like Trinbago, before losing to Barbados Tridents in the final. Anything can happen in this shorter format of cricket.

Brian Lara Stadium is a decent T20 ground. It requires good dedication from batsmen to score runs. Spinners will play a major role in both innings. The surface is a bit slower and this behavior of the pitch can trouble more problems for the batsmen.