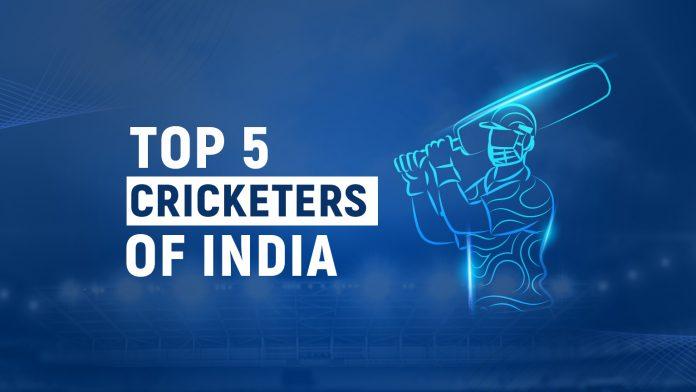 One of the most intensive and exciting world sporting events that every cricket fan is waiting for is World T20 Cup 2022. You do not want to miss out on the fast-action experience this year. One team that people are eyeing is undoubtedly Team India as players prepare for the final prep against South Africa just before the cup! Indian fans are eyeing these top 5 cricketers of India who will become the ultimate game-changers in the series.

After beating the Aussie side in a three-match T20I series, the Indian team prepares for the action-packed game against South Africa followed by World Cup. So, here is the list of the top 5 Indian cricketers who might turn multiple heads in the World Cup. And if you are a fan of fantasy cricket, these players might change the entire game for you!

The leg-spinner of India has been a crucial part of the bowing lineup. The fans were shocked when Chahal was not selected for the 2021 Word Cup. However, with his recent bowling performance, it became impossible for the selectors to not select him.

Chahal headed the spin department during the Australia tour of India and picked up 2 wickets for the team in 3 matches. The leg-spinner holds the record of 10th most wicket in T20I – 85 wickets. The Australian soil has been an ally for Chahal and his balls have done tremendously well in Australia.

Bumrah will probably go down as one of the best Indian bowlers to ever grace the game. The right-arm pacer is no stranger to playing in big matches. Bumrah’s prowess in the death overs has been impeccable and is improving with every passing year.

In T20I matches, Bumrah holds the record for most maidens in a carrier – 8 maidens. Furthermore, in 2022, Bumrah performed brilliantly against England and Australia. India will definitely use Bumrah’s deadly yorkers and put the batting side in trouble in the World Cup.

Pandya has emerged as one of the best all-rounders that this game has ever witnessed. At the start of 2022, Pandya surprised the masses with his over-the-top performance in the Indian T20 League when he won the tournament while captaining the Gujarat side.

Many fans argue that Pandya has become a better finisher than D. Karthik. Pandya will be heading into the World Cup in a red-hot form. His performance against England, Pakistan and Australia has been nothing less than magic. The India team will rely heavily on his batting and bowling prowess.

‘The Hitman’ of team India loves batting on Australian soil. Sharma has been a big-match player. With his ability to pace his innings in the start, Sharma has a tremendous set of records heading into the upcoming T20 World Cup. He is perhaps one of the most formidable batters in the age of T20.

R. Sharma has scored the most runs in the T20Is – 3694 runs, along with this, Sharma has hit the most number of sixes in T20I – 177 sixes. Surely, the Indian opener will prove to be a big asset for the Men in Blue in Australia.

V. Kohli is arguably the best batsman of the modern era. He currently has an average of 50.83. Moreover, Kohli’s dry spell of runs ended when he scored his maiden T20I century against Afghanistan in the Asia Cup.

Kohli has made several records in Australia and with his form getting back, the Delhi native will give all the bowlers a tough time in the World Cup.

These are the top 5 cricketers of India that might change the fate of the country in the World Cup series. And if you are a great fan of fantasy cricket and already planning your World Cup winnings, these top 5 cricketers might change the game for you as well. Make sure to check the ranking of these players before you create your fantasy teams on MyTeam11! Keep playing, keep winning!