Top 5 Cricket Stadiums with the Most Alluring View 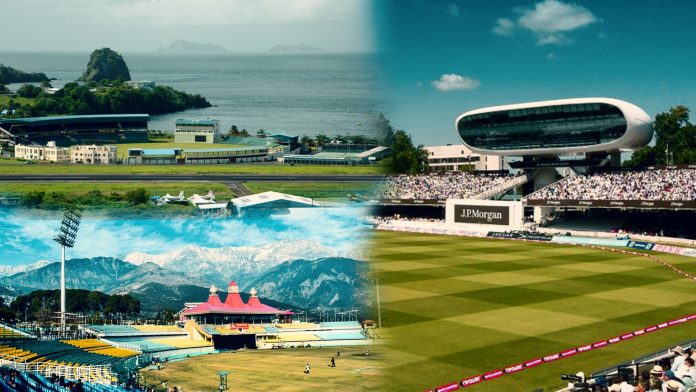 Cricket is not just a game for its fans but a feel, a moment to live & often, certain stadiums with a majestic view around, make the game a lot more mesmerizing. Imagine a cricket stadium situated right beside a seashore or one situated right in the middle of mountains with lush green trees covering the entire stadium from all around, sounds beautiful right?

With snow-capped Himalayan mountains standing high in the background and lush green trees covering the entire stadium from all the directions, the Himachal Pradesh Cricket Association Stadium situated in Dharamsala is one of the most beautiful cricket grounds. Established back in the year 2003, the stadium has a capacity of nearly 23000, and with its beautiful architecture & surroundings, it can make the visitors go all gaga.

The “Home of Cricket” as it is usually referred to, Lord’s is the oldest cricket ground known. Situated near the Worcester River, the stadium homes a beautiful view of the river which makes the 30,000 capacity ground, one of the most alluring cricket grounds around the world.

West Indies is not only famous for its Caribbean Giants’ hard-hitting performances but its Arnos Vale Cricket Ground situated in St. Vincent can make you drool over the beautiful surroundings the stadium is home to. Situated on the shore of the Caribbean Sea, the cricket ground provides a majestic view of the water waves and sea with cold breeze hitting you to soothe your wandering soul.

Similar to the Arnos Vale Cricket Ground which is situated near a seashore that beautifies the surroundings of the cricket ground, the Bellerive Oval is also situated on the eastern shore of the Derwent River. The green grass of the stadium near the blue water in the river adds another feather to the beauty of the cricket ground.

Lush green trees, alluring mountains, and a stadium right in between; a magical view, right? Well, we are talking about the Newlands cricket stadium in London. Providing a home to the Table Mountains in the background and trees spreading greenery all around, the Newlands stadium manages to make its way to our list of top 5 cricket ground with the most magnificent view.

So this was our list of top 5 cricket grounds that we believe provide the most spectacular views to its visitors, if you think you can name some other stadiums with a similar magical view then do let us know. Till then, keep watching this space for more sports stuff.