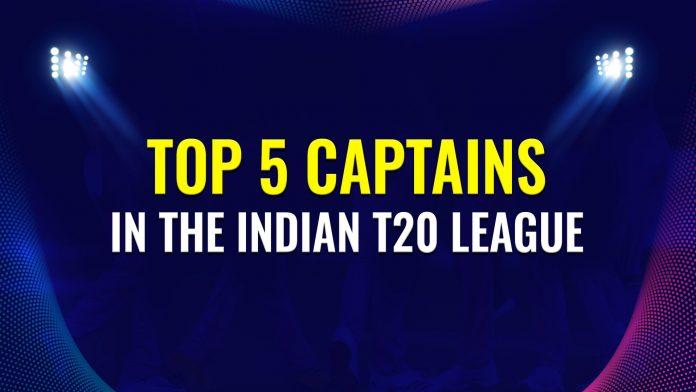 Since its inception, we've seen a lot of captains come and go in the Indian T20 League, but very few have made their mark and are loved by the Indian fans. We've seen great players like Adam Gilchrist and Sourav Ganguly leading teams in the League as well as amateur players like Shreyas Iyer, Sanju Samson and Suresh Raina has also outwitted great captains and has proved their worth in the League. Here are top 5 captains who have performed in the League in a very consistent manner and their records are something every skipper would dream to achieve.

MS Dhoni
MS Dhoni, hands down, is one of the most successful captains in both international cricket and the Indian T20 cricket league. His team has the best records in the T20 league and under his captaincy. It is the team that has the most titles after Mumbai in the league and has made it to the top four almost every year they've played. His captaincy skills are appreciated worldwide and is the most dependable captain of all times. His guidance from behind the wickets is helpful to bowlers and is undoubtedly the best wicketkeeper with the fastest stumping skills. He is a swift runner and a hard hitter. As a captain of your team, you can always depend on him.

Rohit Sharma
Under Rohit Sharma's captaincy Mumbai Indians is the team that has won the Indian T20 league the most times. He is a calm captain and also a dependable batsman. Currently, he is one of the top ranking batsmen internationally. He is a hard hitter, known for making big scores in less balls. He understands the game well and strategizes according to his opponent's strengths and weakens them right on their best spot. And hence, he is the most successful captain of the national league and is the vice captain for the T20 World Championship.

Gautam Gambhir
Gautam Gambhir is the man that led his team, Kolkata, to victory in the Indian T20 League. Though he has retired from the sports now, but his fans still love and remember the player for his amazing game and great captaincy skill. He was a consistent player both as captain and batsman. He managed to score high runs for his team and also strategize efficiently against the opponent team. His skills and his ability to bring out the best in his teammates is what led to the victory of Kolkata against Punjab in the league's seventh season.

David Warner
David Warner is another remarkable cricketer and one of the best captains in the history of the Indian T20 league. Not one season goes by without him being in the list of the highest scoring batsman. The Australian cricketer is not only an amazing batsman but the favorite of every Hyderabadi fan. He is the man that led the team to its victory in 2016 against Kohli's squad. Hyderabad has also managed to stay on the top of score tables in most seasons since David Warner became captain. He is a dependable batsman and a great captain for his team, as he knows well to use the skill set of his team to the best.

Virat Kohli
Virat Kohli may not have yet won a tittle in Indian T20 League, but he has led his team twice to the finals and has managed to finish at the top four in the points table in most seasons. Virat Kohli is one of the most skilled and classy batsman in cricket right now. He is a high scorer and a captain that brings his team together. He not only utilizes the skills of his teammates well but also supports them in tough situations. He doesn't give up on his team and always gives his best. He is ready to fight for his team and this year his team is in a good place as well.

Conclusion: Now that we've known the top captains, there are several other captains who failed to make it to the list but have performed well. This Indian T20 Fantasy League brings a lot of joy among the fans and we get to see many Indian cricketers lead one of the several teams and we also get to see the potential of the uncapped players, thanks to this League.