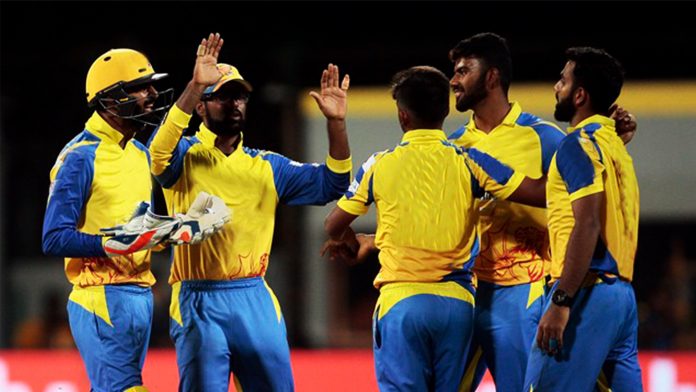 In the fourth edition of the Tamil Nadu Premier League (TNPL), Ravichandran Ashwin’s Dindigul Dragons have been a massive force to reckon. The side hasn’t lost a game in the tournament so far and has already made it into the knockouts. Their last match against the VB Kanchi Veerans was a cakewalk and they got over the line quite comfortably thus completing a double hat-trick of wins. In their last league game, the Dragons will be up against the Lyca Kovai Kings.

This is a do-or-die encounter for the team from Coimbatore. They have notched up their third win of the tournament in the last game and need one more victory to stand a chance to enter the next stage. Even though they’ll get to 8 points if they win this match, the team has also got to keep the NRR factor in mind which will not be easy. Moreover, they will be dependent on a few other results as well.

The pitch is expected to assist at the start and if the bowlers hit the deck hard, they will reap the rewards.

Scattered showers are predicted in the morning and afternoon hours in Dindigul. However, it is expected to clear up by the time the game starts. Going by the forecast, there should be no delay to the start of the match. The humidity will be on the higher side.

Players to vouch for