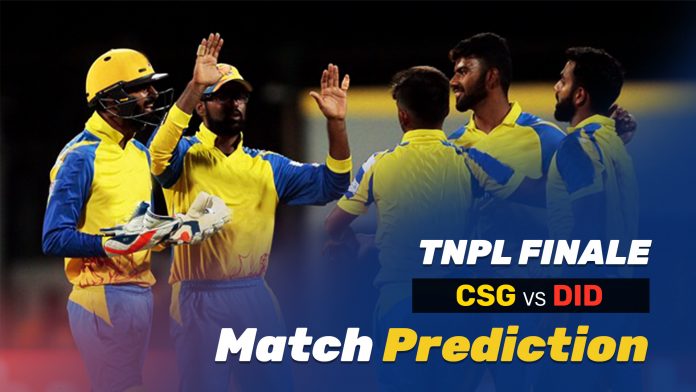 The fourth edition of the Tamil Nadu Premier League (TNPL) is all set to host the final at Chepauk Stadium in Chennai as Dindigul Dragons play Chepauk Super Gillies on Thursday. Both these teams faced off in the first qualifier which the Super Gillies won by just five runs to seal their place in the final. The Dragons had to take a longer route and play the second qualifier to make it all-important clash.

Dragons defeated the defending champions Madurai Panthers convincingly by 45 runs back home in Dindigul on Tuesday in the absence of regular skipper Ravi Ashwin who has left to join team India for the Test series in the West Indies, Narayan Jagadeesan led the side well.

While the 73rd Independence Day will start under the sun in Chennai, it will turn cloudy by 4 PM. There is a slight chance of rain with a thunderstorm at 5 PM and then at 11 PM. The rain chances are also close to 50% by 7 PM and we might have a shortened game to decide the champions of this season.

The MA Chidambaram Stadium in Chennai has hosted only one match this season which was played on August 4. Generally, the surface is here is decent enough to bat first as the pitch gets slow as the match progresses. The team winning toss is expected to have a bat first and put the opposition under pressure.