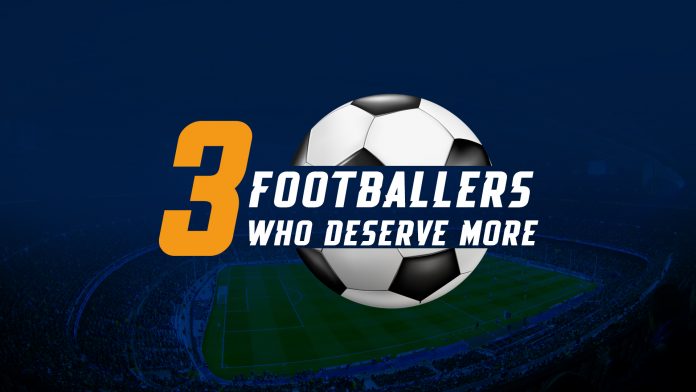 In the last decade or so, football has given us some of the most iconic players that have broken many records. While Messi and Ronaldo’s skills and careers have left the world in awe for almost a decade, the emergence of players like Kylian Mbappe, Frank de Jong has undoubtedly made the future of football secured.

While these players achieved greater heights, some players got overshadowed in the Messi-Ronaldo era. Players like Suarez, Neymar, Modric have done wonders for their club and country but are still not considered at the same level as Messi and Ronaldo. Neymar opted to leave Barcelona FC as he understood he will always be the second-best in the club. Luka Modric who single handily took Croatia to the World Cup final, was still behind Ronaldo at Real Madrid.

In this article, we will talk about Three footballers who despite being great were not considered the best

1.) Wayne Rooney: Cristiano Ronaldo and Wayne Rooney started their careers almost together. Rooney was considered better than Leo and Cristiano until the age of 22. But his metatarsal injury seriously hampered his pace. Rather than focusing on his individual performances, Rooney became more of a team guy often sacrificing himself for the good of the team. Despite being the record goalscorer for his nation, he never quite gets the same respect as Ronaldo gets.

2.) Gareth Bale: The Welshman arrived at Real Madrid from Tottenham as the world’s most expensive player in 2013. Bale earned wide recognition for his long-shots, set-pieces and powerful style of play. Who can forget the wonder goal that saw Madrid beat Barcelona in the final of the Copa del Rey in 2014. Despite that Bale was never considered in the league of Ronaldo. As people used to say “whenever Bale does something extraordinary, Ronaldo does something much more extraordinary.”

3.) Andres Iniesta: In any other era, Andres Iniesta would have easily won the Ballon d'Or for his gameplay, but Messi-Ronaldo era deprived Iniesta of this prestige award. After winning all the major trophies with Spain and Barca, the recognition as the greatest player of his generation has still remained beyond his reach.