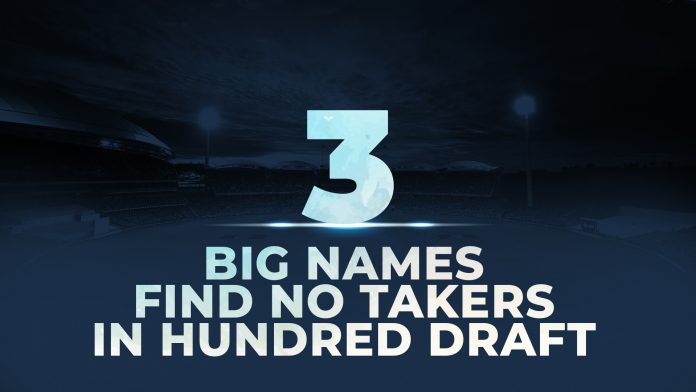 With all the teams having signed up two local players beforehand, along with one England centrally contracted player apiece, they had to skip that particular price bracket in the draft for the respective selections made before the draft.

D'Arcy Short was Trent Rockets' other pick in the first round while Southern Brave bagged Andre Russell and David Warner as their first picks. London Spirit and Oval Invincibles had already selected Eoin Morgan and Jason Roy as their local picks under the GBP 125,000 bracket and they opted for Glenn Maxwell and Sunil Narine respectively as their second first-round picks.

"I'm used to playing a tactical game, but that was something else! Our position in the rounds meant that I had to think on my feet, and at times re-evaluate who I was going to pick and when," Shane Warne, the head coach of London Spirit, said.

"I'm thrilled to have Glenn Maxwell, Mohammad Nabi and Mark Wood join Eoin and Rory in the team and can't wait to see them step up to the crease for London Spirit in the first season of The Hundred. I think 2020 is shaping up to be a really exciting year for cricket – so many people watched the sport for the first time this summer, and I'm confident The Hundred will get even more people watching next year."