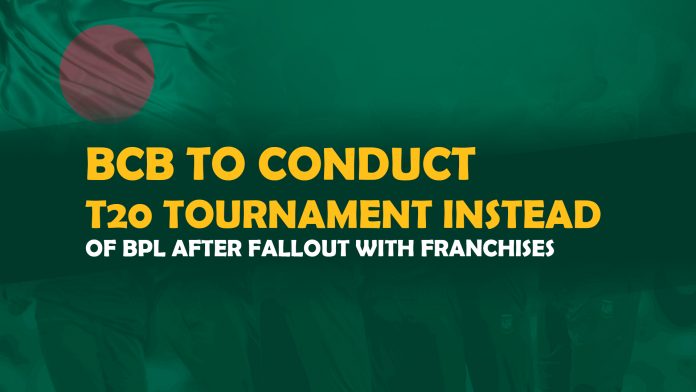 The Bangladesh Cricket Board (BCB) have decided not to continue with Bangladesh Premier League (BPL), the country's lone franchise-based tournament, as the franchises made some unacceptable demands. The BPL's governing council had several meetings with franchisees in the last few weeks, and a new agreement was expected to be signed on the completion of the first cycle. However, according to BCB president, Nazmul Hasan, following those meetings, they had to eventually abandon the plan of a new cycle.

Nazmul said that it is impossible for the board to meet the demands of franchises with the current scenario and it's only good for the cricketing nation to discontinue it. He further said that a few franchises are not happy with edition happening in the same cycle.

"We were expected to sign fresh agreements with the franchises and we had meetings with them. Many of the franchises had a list of observations and demands. But it is not possible to meet those demands with the BPL model we currently have," Nazmul said on Wednesday (September 11). "There are a few franchises who also are not happy having two editions of the tournament in a same year. It is not that they do not want to participate, but they have that observation. So having considered the whole situation we will have a T20 tournament managed by the board this year. No franchises will be involved in this tournament. The tournament will be funded by the board," added the BCB boss.

"That way the franchises will have clear guideline of the rules and regulations and decide if they want to participate in the tournament or not," said Nazmul. He also added that they are not ready to share revenues. Several franchise owners said that they are yet to get any official letter from the BCB and are waiting to see how the board wants to runs the show this year.

"Why are we only naming Shakib. There were other instances like Tamim and Mushfiq [changing their franchises]. Is it possible to do without our knowledge?

"They say that they are always at a loss but they buy a player worth TK 80 lakhs to four crores," he said, pointing towards Shakib's transfer fee. We won't allow anyone to do business with cricket," he added.