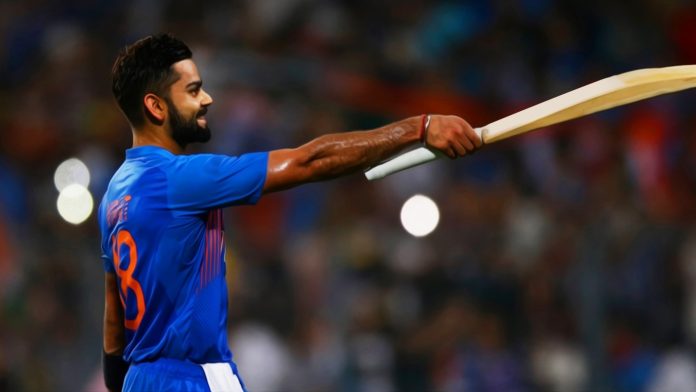 The International Cricket Council (ICC), on Tuesday, announced the famous ICC awards to reward the cricket players for their contribution to the game. The event was quite a talk of the town with the most eye-catching announcement being Virat Kohli awarded with 3 ICC awards.

Virat, not only won the top three awards of ICC but was also announced as the captain of the ICC Test Team and the ODI Team of 2018. Virat’s bagging the top order awards & being named as the captain of teams by ICC proves how significantly Viratis helping the team with his enthralling performance & effective leadership skills.

The 30-year-old Indian skipper who holds a total of 1322, 1202 & 211 runs from 13 Tests, 14 ODIs and T20Is, respectively, was elated with his achievements. The player was quoted as saying, "It feels amazing. It's a reward for all the hard work that you do throughout the calendar year. I feel really grateful and very, very happy with the team doing well at the same time myself performing. Having recognition at the global level from the ICC is something you feel proud of as a cricketer because you understand that there are many players playing the game."

"To be rewarded in this manner from amongst all of them is obviously a very proud moment for me and something that gives you more motivation to keep repeating the same things because you have to keep the standard of cricket up and keep bringing in consistent performances. From that point of view, these awards give you that extra motivation," the player further added.

This is consecutively the second year when Virat has been awarded the Sir Garfield Sobers Trophy for ICC Cricketer. Also, Virat was previously awarded with the ODI player of the year awards twice, first in the year 2012 & then in 2017.

We look forward to Virat achieving various milestones in coming times. Till then if you are looking for some crisp, exciting & latest sports stuff, then keep watching MyTeam11.