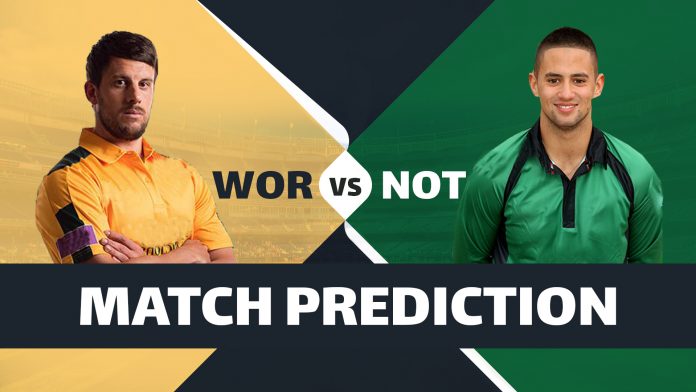 The Vitality T20 blast league stage is approaching towards its end. Now, North group teams Worcestershire and Nottinghamshire will meet each other at Worcester. The live-action of this much-anticipated game will start at 8:30 PM IST.

Nottinghamshire journey in the ongoing season has been remarkable till now. Besides three abandoned matches, the team has won six games and faced defeat on three occasions. This will be their second last league stage match, and the team will be aiming to win it to strengthen their position in the table. In their previous five games, except two abandoned matches, Nottinghamshire has emerged victorious on three occasions.

On the other hand, Worcestershire condition is almost the same as far point table comparison is concerned. Worcestershire has also won six matches till now and is placed at fourth rank in the points table. But, the team has suffered two defeats in their last five games.

Worcestershire vs. Nottinghamshire T20 Blast 2019 is scheduled to be played at New Road, Worcester. The pitch is going to be a batting paradise and allow the batsmen from both sides to showcase their potential and skills. A score of around 180 should be considered par in this contest.