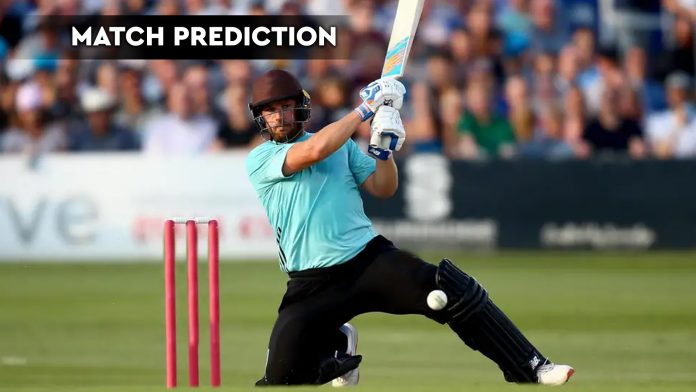 The upcoming south group encounter will see Kent and Sussex meeting each other St Lawrence Ground in Canterbury with the match beginning at 7:00 PM local time (11:30 PM IST). Showcasing a terrific performance in the T20 blast ever since, both the teams are amongst the top four from the South Group.

Since the start of the season, Sussex has played a total of 8 games, losing none. On the other hand, Kent has Ten games wherein faced defeats in three games. Both the teams have a difference of only 1 point & will be competing for the first spot on the points table. The back-to-back matches of Sussex might prove to be a loophole for the team.

Only two full matches have been played at the St Lawrence Ground of Canterbury during this season. The last match at this venue between Kent and Glamorgan and since then the pitch is under covers, which makes it difficult to analyze the behavior. However, as per previous encounters, the pitch might benefit the bowlers to a great extent.

As per the weather reports, the first half of the day is not expected to witness any showers. However, later in the evening, heavy rains are expected that might either wash out the game completely or reduce it to lesser overs.

Player to Vouch For: