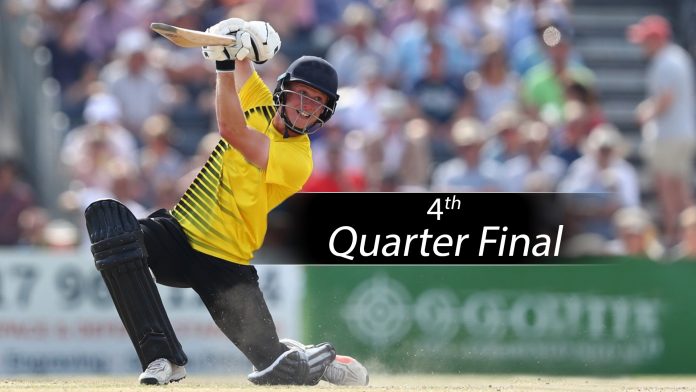 The last Quarter Final of the season is here. All determined to establish a place in the Semi-finals for themselves, Gloucestershire and Derbyshire will be meeting for the fourth quarter-final of the on-going series on Saturday. The game will begin at 11:30 P.M. IST.

With seven wins from 14 games each, both Gloucestershire and Derbyshire, are equalized. However, Gloucestershire holds a better position in Group stage out of the two teams due to the 3 “No Results” & points system. The teams are on a winning spree after registering a victory in their last three group stage games. Thus, they’ll be looking forward to keeping up with the winning momentum.

The upcoming game of the T20 Blast 2019 will be held at County Ground, Bristol. The pitch is expected to turn favorable for the spinners leading to a hard-time for the batsman. Going by the trend, the team winning the toss is expected to field first.

The weather reports show no chances of rain as it will be dry for the most part of the day. Thus, a full match is on the cards.