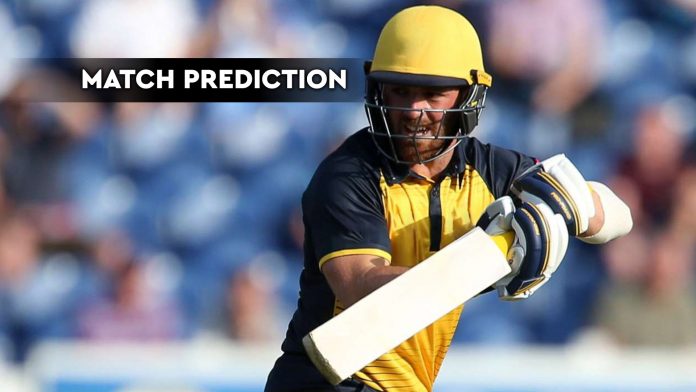 Neither Essex nor Glamorgan could leave a mark on the field with their performance. The season thus far had been terrible for both the teams of the South group. Essex, on the one hand, has won just 2 matches out of 9 games it has played and is placed at the 7th spot on the points table. Glamorgan, on the other hand, couldn’t even manage to pull off a single victory in any of the 10 matches the team has played.

As clear from the stats & the points table, none of the team is expected to move forward to the knockout games. However, an action-packed performance from both the sides, to get hold of their dignity & pride, is on the cards. Glamorgan, the weaker of the two is expected to be more into the game as the team has been on the downside since the season start.

The County Ground at Chelmsford is good for both the bat and the ball equally. On occasions, the scores have gone up & above 200 whereas on other occasions the teams have been bowled out for meager scores. The deck ground shall offer something for both the batsmen & the bowlers.

The precipitation chances are quite high throughout the game, and the possibilities are that a game of just a few overs might be served to the fans.

Players to Vouch For: