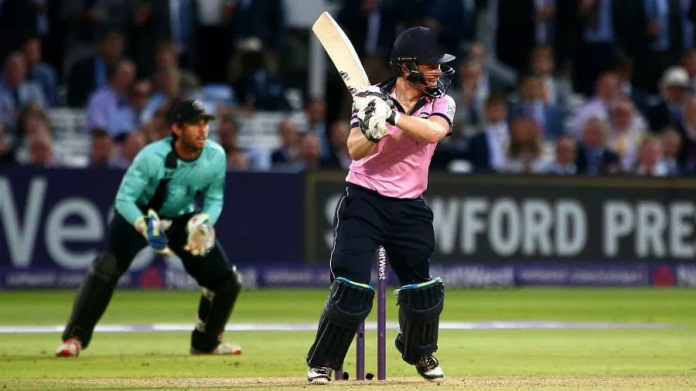 The Home of cricket is all set to be on fire as the fans are about to witness an exciting battle between Middlesex and Surrey on Thursday, 8th August. The live-action will start from 10:45 PM IST. With the presence of star players in both the teams, a mouth-watering game is surely on the cards.

Middlesex's performance in the competition has been outstanding thus far as the team is perfectly placed at the third spot in the points table with four wins in six matches. With the likes of AB de Villiers and Eoin Morgan in the team, Middlesex can slump any bowler.

On the other hand, the Surrey team performance has been entirely opposite to Middlesex. The team is placed at second-last place with a mere one win in six encounters.

Teams who have batted first at this venue have been more successful, so captain winning the toss will look to put runs on the board and put the opposition under pressure. In the second half of the match, spinners will have a slight advantage.

The weather forecast for London suggests that it will be partly sunny throughout the day with minimal chances of rain. The temperature will linger around 23 degrees Celsius while humidity is expected to be in the mid-60s.

Players to vouch for-