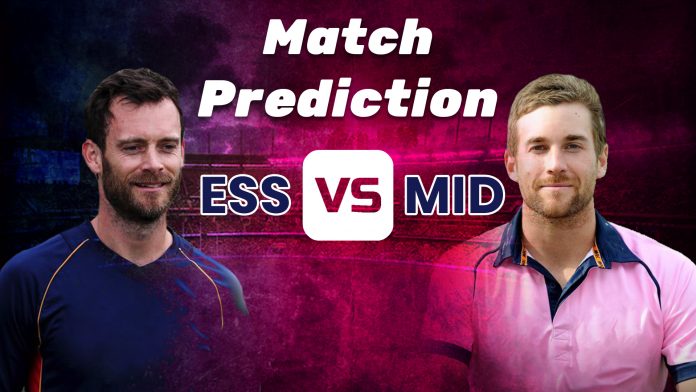 We are all set to witness another crackerjack of an encounter as Middlesex take on Essex at County Ground in Chelmsford on Wednesday. Middlesex star sensation AB de Villiers has taken a short break from the ongoing T20 Blast and is replaced by Mohammad Hafeez, who recently featured in the ICC World Cup 2019. The team is currently placed at the second spot, winning six out of nine games played.

Essex, on the other hand, has a job on task – having won just two out of eight games. The team needs to keep the net run rate in contention as well as they are severely lacking in that segment. Ravi Bopara, who carries an immense experience at his back need to go all guns blazing if the team is fancying their chances in the ongoing tournament.

The county ground of Chelmsford has been a high-scoring venue. However, the batsman may still experience some lateral movement of the wicket at the start of the innings. The bowlers will look to utilize the initial overs in the best way possible and provide their team with some early breakthroughs.

It is expected to be another clear day at Chelmsford with no chance of rain.