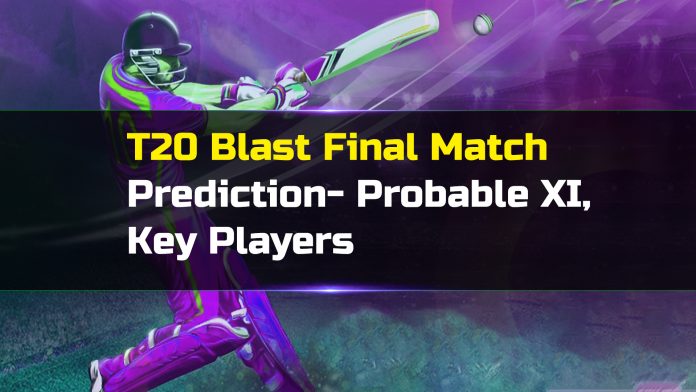 After all the exciting and thrilling action in the last two months, T20 Blast has reached to the final day. It will happen for the first time in cricket history that semi-finals and the finals will be played on the same day. The first semi-final will be played between Nottinghamshire and Worcestershire at Edgbaston followed by second semi-final between Derbyshire and Essex at the same venue on September 21.

Right after 45 minutes of the second semi-final, the grand finale will be played at the same venue between the winners of both semi-finals. As of now, out of the four semi-finalists, any two can make it into finals, so MyTeam11 is providing you the probable playing XI of all the four teams for the grand finale.

As the match will be played on the same pitch, i.e., Edgbaston, the conditions will be the same. Apart from this no rain is in forecast.