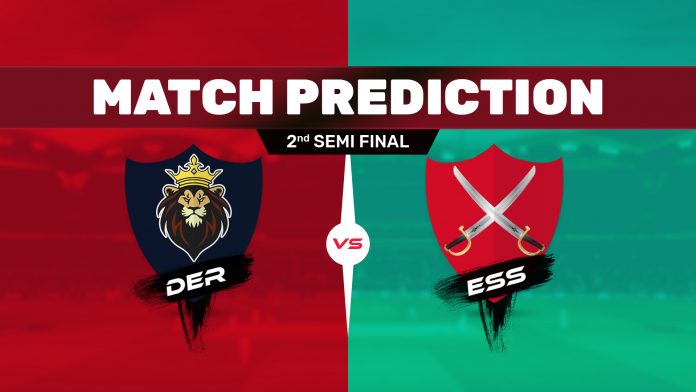 T20 blast is approaching to its end with last three games left. In the second semi-final of the tournament, Derbyshire and Essex will lock horns at Edgbaston, Birmingham on 21st September at 7:00 PM IST. The team which wins the match will meet the winners of first semi-finals at the same venue in the grand finale.

Derbyshire ended their league stage at the third spot in the north group with seven wins and five losses in 14 matches. While their opponents, Essex finished the league round at fourth spot in the south group with five wins and four losses in 14 games. Both the teams have some star players in their squad, so there’s a good possibility of another electrifying battle.

The match will be played at Edgbaston, and this pitch is excellent for batting, huge scores are expected in the game. As this is a knockout game, the captain winning the toss will like to put runs on the board.

The weather forecast for the match is quite good with no chances of rain. It will be a cool atmosphere in Birmingham with temperature below 10 degrees Celsius.