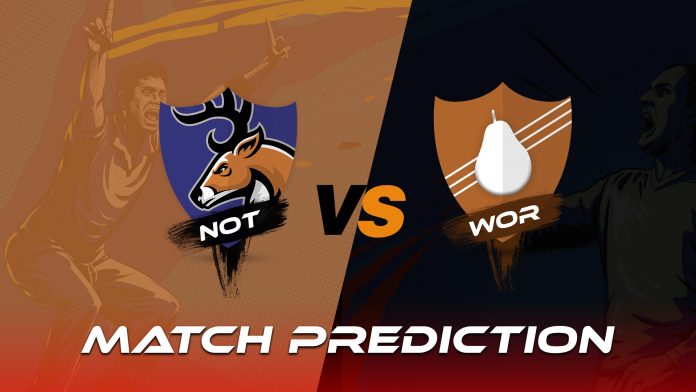 Nearly after 2 months of entertainment, excitement, and thrill, the Vitality T20 Blast 2019 is all set to end on September 21, with 2 semi-finals and the Season Finale all slated to be held on the same day. The first semi-final of the season will see Nottinghamshire and Worcestershire meeting each other at 3:30 P.M. IST.

Both Nottinghamshire and Worcestershire belong to the North Group, wherein the former occupies second spot on the points table and latter is placed at the fourth spot. Nottinghamshire had a successful season, managing to get into the semi-finals, defeating Middlesex by 10 wickets. On the other hand, Worcestershire’s last encounter was with Sussex, where they registered a comprehensive victory by 8 wickets.

The match is scheduled to be held at the County Ground, Hove. The pitch here is known to favor the bowlers in the start, helping the ball to swing. Later on, it gets batsmen friendly as they settle on the pitch. As per the nature of the pitch, the team winning the toss is expected to field first.

The weather reports point out toward a clear sky with levels of rain as low as 1%. The viewers can expect a full match.