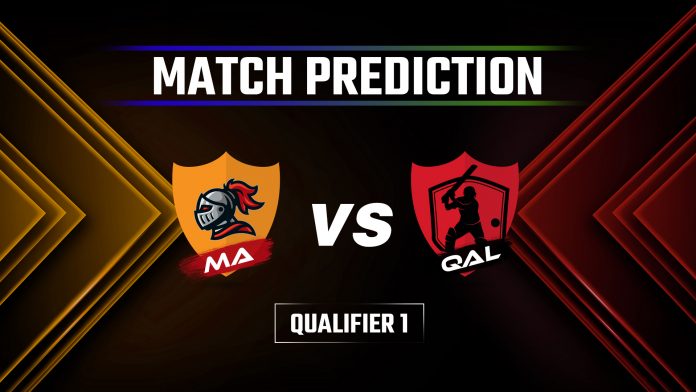 Maratha Arabians will face Qalandars in the first Qualifier at 5:00 PM IST. The winner of Qualifier 1 will book a spot in the finals, while the loser will get one more chance in the Qualifier 2 as they will face the winner of Eliminator 1.

Maratha Arabians, after losing the first match in the competition, have smashed all the other teams. They topped the league stage with four wins in six matches. Maratha Arabians have been riding on their stupendous top-order, which has produced runs like a machine. Chris Lynn has scored third consecutive 50-plus score so far and will be a big threat to Qalandars.

Qalandars, on the other hand, finished second in the league stage with 3 wins in 6 matches, a tie and two losses. Qalandars have already lost a league match against Maratha Arabians but they will be hoping to turn the table around this time.

It will be a sunny and pleasant day in Abu Dhabi. Temperature is expected to be between 22 to 26 degrees.

Fresh pitch will be used so we can expect some moisture and assistance for fast bowlers. Batting will get easy in the second half.