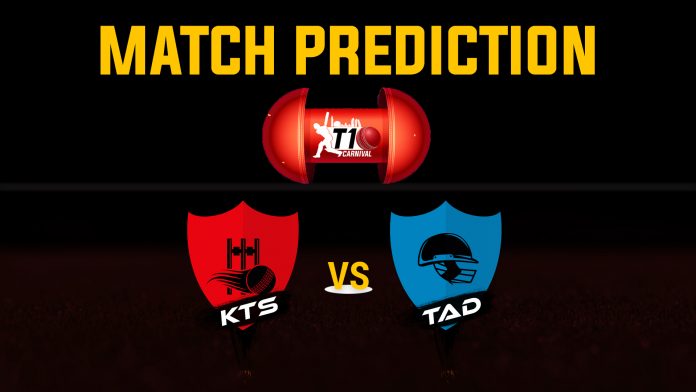 The T10 carnival is moving on a fast-pace as it gets ready to witness the 24th match on 22nd November, just within 7 days of its commencement. The upcoming game will be held between Karnataka Tuskers and Team Abu Dhabi, beginning at 9:30 PM IST.

Back-to-back matches have kept the fans engaged while the teams had put in all their efforts to entertain the fans. Karnataka Tuskers and Team Abu Dhabi will be meeting each other for playing the last match of the league stage. Both the teams had a disappointing season as they failed to perform, and are expected to miss the play-off qualification chance. Karnataka Tuskers have won only one game, losing 3 while one was No Result out of the five matches, they’ve played.  On the other hand, Team Abu Dhabi has won one win, two defeat, one no result and a tie in their bag.

The game will be played at the Sheikh Zayed Stadium in Abu Dhabi just like all the other matches. With constant games played at the ground, the pitch has slowed down making chasing difficult. The same is expected in the upcoming game.

Clear skies are on the cards. The temperature will be around 23-25 degrees Celsius with almost no chances of rain.