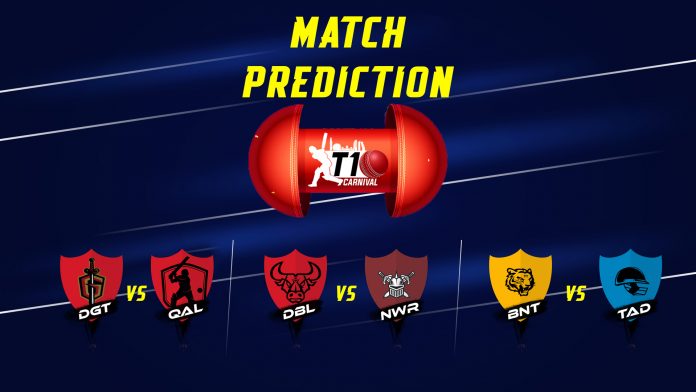 T10 Carnival has entered into its 5th day, and three exciting encounters are on their way today. The games will be held on November 19 at the Sheikh Zayed Stadium in Abu Dhabi. The first encounter will be between Deccan Gladiators and Qalandars at 5:00 P.M. IST followed by Delhi Bulls vs Northen Warriors at 7:15 P.M. IST, and lastly between Bangla Tigers and Team Abu Dhabi at 9:30 P.M. IST.

We have already seen two tied matches so far in the tournament, and more fireworks are expected in the later stages. Deccan Gladiators are sitting on top of their group with two wins out of their three games. On the other hand, Qalandars will be looking for their second win in the tournament after the loss against Arabians.

Delhi Bulls are sitting on the third spot with three points while Northern Warriors are at the bottom of the table with 2 losses and 1 win.

Bangla Tigers and Team Abu Dhabi will be fighting for two crucial points as both the teams are evenly placed with 3 points each.

No major threat from rain is predicted for Tuesday night, but there is a possibility of showers towards the end of the day.