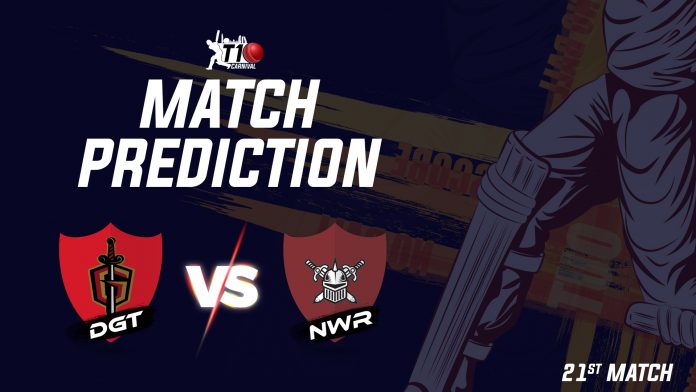 The 21st match of the T10 Carnival 2019 will be played between Deccan Gladiators and Northern Warriors at the Sheikh Zayed Stadium in Abu Dhabi. The match is scheduled to start at 9:30 PM IST. Deccan Gladiators are at the top of the Group A in the points table. The results have come on the back of good batting performances from Watson and Shehzad. The bowlers too backed their batsmen well. Migael Pretorius and Zahir Khan have been economical with the bowl.

Defending champions Northern Warriors have strengthened their batting with the addition of Nicolas Pooran. Pooran scored an unbeaten fifty in his comeback game as they defeated the Delhi Bulls. Andrew Russell and Green have been among the wickets for the Warriors and will be hoping to restrict Gladiators’ destructive top order.

Apart from a few clouds, we can expect a full game as no rain is predicted for Thursday.

The pitch is expected to be slow and turning. Spinners will enjoy bowling on this surface and the teams chasing might struggle with their timing in playing big shots on this track.