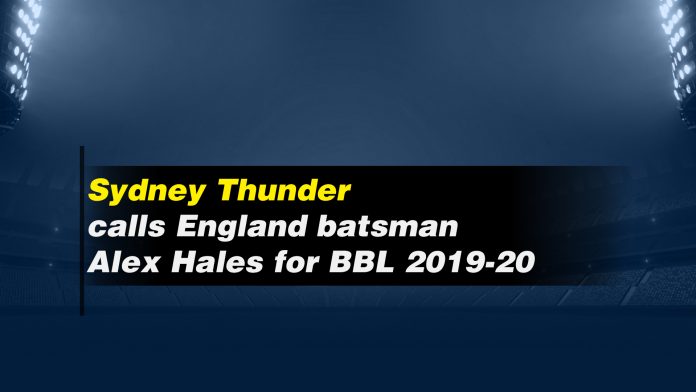 "I really can't wait to return to the Big Bash," Hales said. "It's such a hugely respected tournament around the world. The standard of cricket is amazing, and any chance you get to visit Australia and play over there is amazing, so I'm looking forward to it.”

"Sydney Thunder is the full package. Sydney is one of the best cities in the world, getting the chance to work with Shane Bond – who is a highly respected coach – and it's a young club, so hopefully, I can be part of building a successful family there. As an opener, you want to be one of the leading run-scorers, so that's one of my aims."

"I spent a little bit of time with him at the Mumbai Indians and came up against him when I coached New Zealand, and he smacked us several times,” he added.

This will be the ninth edition of BBL, and it is scheduled to start from December 17, 2019, and the first game will be played between Brisbane Heat and Sydney Thunder.