Suniel Shetty To Be Made NADA Brand Ambassador 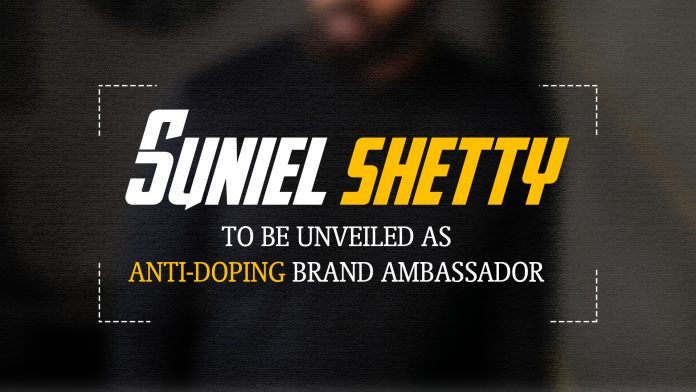 Ahead of the Tokyo Olympics 2020, nearly 150 athletes failing dope tests this year. Further, Russia has been banned for four years from participation in the 2020 Tokyo Olympics on doping charges by the World Anti-Doping Agency (WADA). As a result, it is high time to create conducive environment for athletes in the country. Since National Anti-Doping Laboratory (NADA) was suspended by WADA earlier this year, the dope samples collected by NADA from the athletes will have to be tested outside India. This has induced a sense of doubt whether India will be able to test enough number of athletes in the coming months or not.

In order to tackle this concern, NADA announced that renowned Bollywood actor Suniel Shetty will be the brand ambassador of NADA. Sunil has been chosen for this title with hopes of uplifting the standard of NADA (national organization for monitoring the doping control programs in sports in India). NADA Director General Navin Agarwal firmly believes that Suniel’s celebrity status will help clean up the Indian sports arena from the perils of doping.

On being asked if a former or current athlete would have a better choice for the position of brand ambassador, Agarwal stated, “A former athlete would have lacked clout (as compared to a film star) and may not be able to spread the message (to shun doping) to the masses.” He further added that the anti-doping agency did not count on current sportsperson as they are busy playing their respective tournaments.

Union Minister of Youth Affairs and Sports, Kiren Rijiju expressed his gratitude to Sunil Shetty and said, “For youth, it is very important to stay drug-free. So, clean sports is the agenda of the government”.

Suniel Shetty is overwhelmed to be on board with the NADA. He said, “It's an absolute honor to spread this message. Well, people will always troll but I want to tell all of them that my knowledge of the sport is no less of what the athletes know”.

Also Read:  WHAT INDIANS CAN EXPECT FROM TOKYO 2020?

On one hand, where politicians look happy with Sunil’s appointment as the ambassador, former sprinter and Olympian Ashwini Nachappa seems skeptical about it. She said, “I am not sure about the rationale of the NADA making an actor as the brand ambassador. At the same time, I will not be too critical because brand ambassadors come and go and they have nothing much to do”.