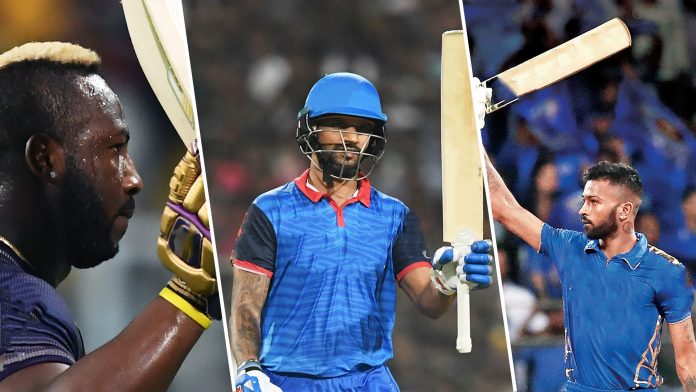 The first match of the Super Sunday, played in the Capital City, completely vanished the Royal Challengers Bangalore’s chances to qualify for the Play-offs. After winning the toss, Delhi Capitals skipper, Shreyas Iyer elected to bat first. Indian star opener Shikhar “Gabbar” Dhawan once again looked in great touch and along with skipper, Shreyas Iyer he gave the home team a flying start. Royal Challengers Bangalore bowlers came back strongly in the middle overs and took two quick wickets of Shreyas Iyer and Rishabh Pant. But, in the back end of the innings West Indies batsman, Sherfane Rutherford showed his skills and took Delhi to 187 runs.

In response to the chase, Parthiv Patel showed his brilliance and gave RCB a thundering start. But, within the first half of the innings, Delhi Capitals bowlers dismissed Virat Kohli and AB de Villiers. With these two batsmen in pavilion, RCB’s chances to win the match got minimized. And the same happened when in the end RCB fell 17 runs short. And after this loss RCB’s hopes for play-offs vanished completely.

The second match of Sunday witnessed the masterclass performances from two special players. The Visitors ‘skipper, Rohit Sharma won the toss and decided to field first. With KKR shedding their opening pair of Chris Lynn and Sunil Narine for the second game in a row, young Shubhman Gill made the most of this opportunity at the top. Chris Lynn and Shubman Gill destroyed the Mumbai bowling line up and added 96 runs in just 9.3 overs before the spinner, Rahul Chahar dismissed the Australian middle-order-batsman, Chris Lynn. After this, Kolkata Knight Riders pushed the big man, Andre Russell at number 3 and he played his best innings of this IPL season. Because of his 80 run knock, Kolkata scored 232 runs in their quota of 20 overs.

Chasing above 230, Mumbai required their top order batsman to come out and unsettle Kolkata’s bowler from the starting but none of them managed to do that as a result of which the first 10 overs of the chase simply put the game out of their reach. But just when all hopes seemed lost, Hardik Pandya came to crease with good confidence and became the fastest batsman to reach half century in this IPL season. At the end of the innings, dismissal of Hardik Pandya in the 18th over of the innings, helped Kolkata to end its losing streak after defeating Mumbai by 34 runs. With this victory, Kolkata Knight Riders keeps their chances alive in the tournament.

For Delhi Capitals, opener Shikhar Dhawan scored 50 runs. Other than him the skipper, Shreyas Iyer played a sensational knock of 52 runs.

Talking about Royal Challengers Bangalore, Parthiv Patel scored 39 runs. Other than him, only Australian all-rounder, Marcus Stoinis managed to score above 30 runs.

For Mumbai, Hardik Pandya played the best innings of his IPL career. He scored 91 runs in just 34 balls that took Mumbai close to the target.

For Royal Challengers Bangalore, Yuzvendra Chahal picked 2 wickets in his quota of 4 overs. Other than him, Washington Sundar, Umesh Yadav and Navdeep Siani took 1 wicket each.

South African pacer, Kagiso Rabada and Indian leg spinner, Amit Mishra were the stand out bowlers for Delhi Capitals. Both of them picked up 2 wickets each. Moreover, Ishant Sharma, Axar Patel and Sherfane Ruthorford took 1 wicket each.

No Mumbai Indians bowler looked in any form against Kolkata Knight Riders. Although, Rahul Chahar and Hardik Pandya picked 1 wicket each but both of them gave away a lot of runs.

In the second match, Andre Russell was named ‘Player of the Match’ for his all-round performance.