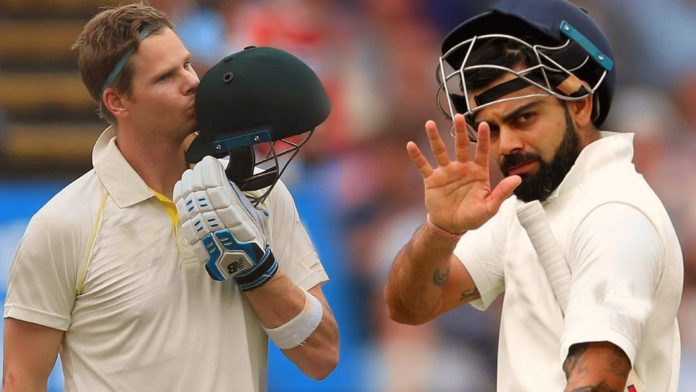 Following the first-ball duck against West Indies in the second Test, the Indian skipper Virat Kohli slipped to the second rank in the ICC Rankings as Steve Smith, who is in prime form in the ongoing Ashes has moved back to number one spot.

Smith was on the top spot since December 2015. It was only in August 2018, when Smith was serving a ban for his role in the Newlands ball-tampering scandal, that Kohli overtook him on the charts, after reaching career-high rating points in the series against England.

The Australian No.4 has fought his way back up the charts in his first series back from the ban, making twin centuries in the first Test against England and 92 in the second. He now averages 63.2 in Test cricket.

Kohli’s next chance to challenge Smith will be in the home Test series against South Africa, starting on 2 October.

Virat Kohli’s Indian team upstaged the West Indies 2-0 to occupy the top spot in the World Test Championship points table. The Indian team currently has 120 points, which is most by any team in the championship thus far.