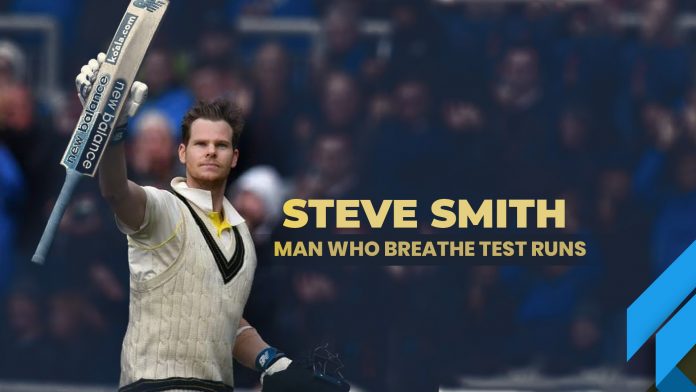 When Steve Smith turned up to bat on Wednesday at Old Trafford in the fourth Ashes Test, the cricketing world was watching him with a mix of anticipation and curiosity. Not only because he is one of the masters of the current game but also to see whether the injury he suffered a couple of Tests ago will have any effect on his batting.

It turns out it has. The injury seems to have made him even more determined and thus more dangerous.

Smith missed England's series-levelling one-wicket win in the third Test at Headingley with a concussion suffered when struck by a Jofra Archer bouncer during the drawn second Test at Lord's.

On Wednesday Smith showed that he is rebooted and ready after the forced concussion break. On Thursday, he punished a wasteful England to put Australia firmly in control of the fourth Test match.

In an innings where other Australian batsmen finally joined the party, Smith proved why he is one of the, if not the best, in the world right now.

En route, the world's top-ranked Test batsman went to score his third double hundred – all coming against England – in 310 balls including 22 fours and two sixes with a legside two off Stuart Broad.

He was eventually out for 211 when a reverse sweep off England captain and occasional spinner Joe Root's leg-break was caught by Joe Denly at what had been the backward point.

England had their chances. Smith was dropped on 65 on Thursday when Jofra Archer failed to hold a caught and bowled chance off a hard-hit full toss. Smith was also reprieved on 118 when caught at slip off Jack Leach only for replays to reveal that the left-arm spinner had bowled just the eighth no-ball of his first-class career.

Smith's departure, however, did not provide respite for England as Mitchell Starc (54*) and Nathan Lyon (26*) added 59 runs for the ninth wicket.

Australia captain Tim Paine declared his side’s first innings on a commanding total of 497 for 8. Pat Cummins then sent back Joe Denly (4) back put Australia on top. England were 23 for 1 at stumps.

Smith has now scored 589 runs in four innings this series – his first since completing a 12-month ball-tampering ban, including three hundred, at a colossal average of 147.25. This was also the eighth time he had passed 150 in a Test and the third instance against England.

This was the third time this Ashes he had reached three figures following scores of 144 and 142 in the first Test at Edgbaston, with his lowest total of the series the 92 he made at Lord's.

Smith went past Indian cricket great Sachin Tendulkar to become the second-fastest cricketer to hit 26 centuries in terms of innings. Smith took 121 innings to reach the milestone while Tendulkar took 136 innings. The list is topped by Australian great Don Bradman, who hit the same number of centuries in just 69 innings.