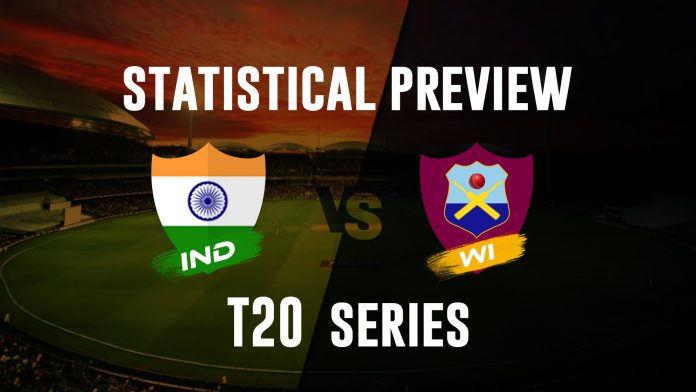 India would look to polish their preparations for the T-20 World Cup when they face West Indies in their own den for the first T20I on Friday in Hyderabad. It will be a good chance for India to try out new combinations and experiment with new players before the big ICC event. India drew 1-1 against South Africa and won 2-1 against Bangladesh, both at home. India’s record against West Indies in T20Is in recent years has been exceptional. West Indies, on the other hand, will be looking to give India some hard time, but the absence of Russel and Gayle will surely dent their chances.

Injury to Shikhar Dhawan has allowed India to try K.L Rahul as Rohit Sharma's opening partner. Rahul has been in good form and has recently helped his side Karnataka to clinch the Domestic T20 League. Indian selectors have decided to give Rishabh Pant another chance, and the Wicket-keeper batsman would look to silence his critics and justify his selection.

West Indies are coming off a series loss to Afghanistan and will without their star players Russel and Gayle. Experienced player Kieron Pollard will be leading the young West Indies side and the series against the mighty team India will be a big test. West Indies will begin their tour with the three-match T20I series followed by three ODIs.

Here are all the important stats ahead of the T20Is between India and West Indies:

30.77- Is the win percentage of the West Indies in 2019. They are second from the bottom, just above Zimbabwe.

64- Is the win percentage of India in 2019, which is the third-best after Afghanistan and Pakistan.

3- Wickets Yuzvendra Chahal needs to become the leading wicket-taker in T20Is for India.

3- Dismissals Rishabh Pant needs to surpass M.S Dhoni on the list of wicketkeepers with most dismissals in India-West Indies T20Is.