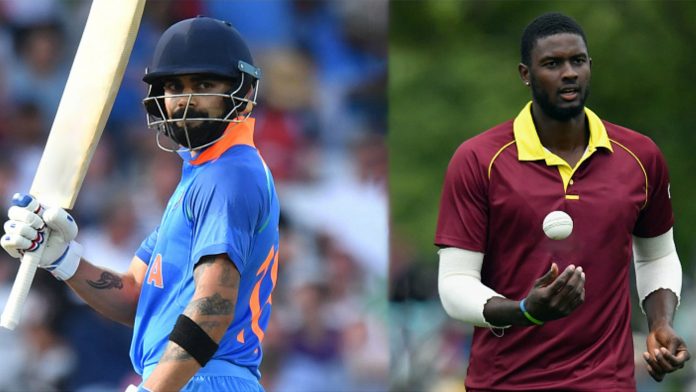 The final encounter of three-match ODI series between West Indies and India is scheduled to happen at Queen's Park Oval in Trinidad. India will be hoping to clinch its ninth limited-overs series against West Indies and the opposition will be hoping to square the series. Meanwhile, West Indies is one of the many opponents against whom Virat Kohli has consistently scored runs in the ODI format. His record against the Caribbean side is growing every passing day. During the Port of Spain ODI on Sunday, the Indian skipper scored his 42nd ODI hundred. It was Kohli’s 8th hundred against the Windies and the 5th ton that was scored in the previous eight innings against them. Kohli scored 120 from 125 deliveries as India won the game by 59 runs via the DLS method.

When Kohli went past his individual score of 88, he became the first player in the ODI format to amass 2000 runs against the Windies. Javed Miandad, with 1930 runs, was the leading run-getter in ODIs against them until Kohli. The interesting part of Kohli’s numbers here is that he scored those in 34 innings against the Windies while Miandad took 64 innings; thirty more than the Indian captain.

Going into the final encounter, MyTeam11 brings to you some engaging statistics:

8 – India has won each of their last 8 bilateral ODI series against the Windies. This includes three series wins for India in the Caribbean Islands. Windies won the 2006 home series by a 4-1 margin against the Indians but never won since then.

2 – Windies won as few as two of their last 14 ODIs against India. India won ten of those last 13 ODIs while one game each ended in a Tie and washout.

61.85 – Rohit Sharma has a batting average of 61.85 in ODI cricket against the Windies. Among the players who have batted in 25 ODI innings against the Windes, only Rohit and Virat Kohli (70.81) average more than 60.

79 – Rohit has got an average of 79 with the bat in ODIs since 2011 in the Caribbean Islands. The Indian opener has scored 474 runs from ten innings in this span with the help of five half-centuries in the West Indies.

93 – Number of wickets Kuldeep Yadav has bagged in ODI cricket thus far. The left-arm wrist-spinner needs seven wickets from the next three ODIs he plays to become the quickest Indian to 100 ODI wickets.