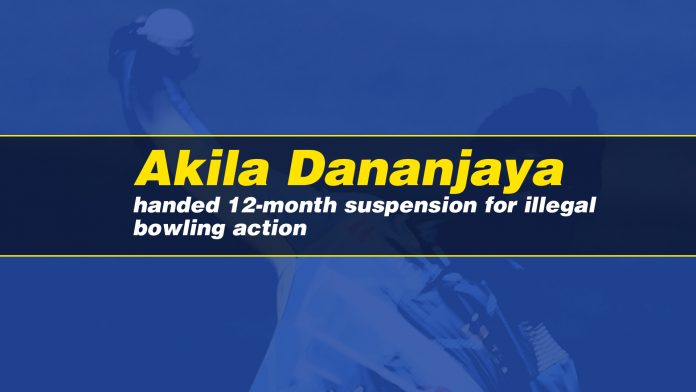 Sri Lankan spinner Akila Dananjaya has been handed suspension from bowling in the International arena by International Cricket Council (ICC), after being found to be illegal. The young sensation was reported for his action against New Zealand in the first Test in Galle from 14-18 August. He then went through an independent assessment on his bowling action in Chennai on August 29, and results of the test noted that he wasn't bowling with legal action.

This is the second suspension for Dananjaya with the first coming into effect in December last year after he was reported after the Galle Test against England. He was then cleared to bowl in February and was included in Sri Lanka's squad for the five-match ODI series in South Africa.

As this is a second report on Dananjaya's action, he has been handed a 12 months suspension. After the suspension period ends, Dananjaya can approach the apex council for a review of his bowling action.

He has featured in 36 ODIs, 22 ODIs with 106 International wickets. Interestingly, he opted out of Pakistan tour and was eventually handed suspension during the course.