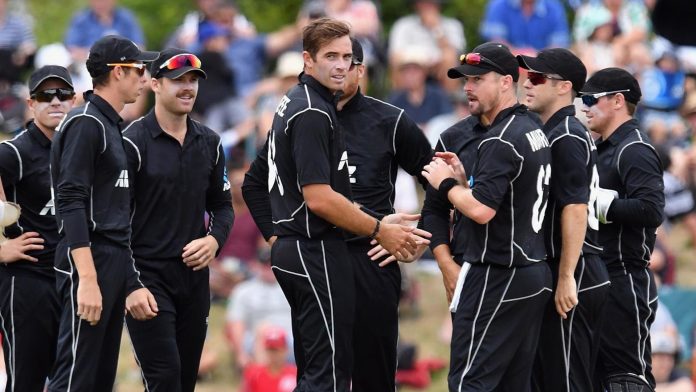 The Blue Army after defeating the Aussies on the Australian soil amid a 4-game Test series is all set for another classic encounter with the Kiwis during India’s Tour to New Zealand. Currently, team India will be seen playing the last ODI of the series against Australia on 18th January 2019.

India’s tour to Australia had been the talk of the town since the visitors defeated Australia at their home ground, making Virat Kohli the first Indian Captain to win a Test series in Australia against the hosts. The maiden Test series win went on to making India a strong competitor for other teams which might strike a moment of fear among the Kiwis.

New Zealand on Tuesday announced their 14-man squad for the first three ODIs of India Tour to New Zealand. As perceived from the announcement, New Zealand team has made some major recalls for the series which can be mentioned as the preparation for both the World Cup 2019 & upcoming face-off against one of the strongest cricket team.

Some of the major recalls made include Colin de Grandhomme, Tom Latham and Mitchell Santner. Colin and Latham’s recall might have not come as a surprise for the cricket fans but including Santner in the squad is surely a huge surprise for everyone.

Colin has been taken in the team as a replacement of James Neesham, who suffered a grade-one hamstring strain during the third ODI of New Zealand and Sri Lanka. Meanwhile, Lantham, who was seen sitting on the bench throughout the ODI series against Sri Lanka has been called in as a replacement of Tim Seifert, who failed to create magic with his bat on-field. Seifert scored a meager 33 runs in 2 innings which made things harder for New Zealand.

Talking about Mitchell’s recall, who last played an ODI in March 2018, the decision came as a huge surprise for everyone. The player was absent for a long time from the game due to a knee injury; however, he recently made his comeback with domestic cricket & a T20 game against Sri Lanka. Well, the left-arm all-rounder’s recall can be looked upon as a way to prepare him for the upcoming World Cup series.

India will be touring New Zealand after a long gap of 5 years. The team last toured New Zealand for a series back in the year 2014 under the captainship of MS Dhoni. The upcoming series will kick-start from January 23 and will comprise of 5 ODIs and 3 T20Is. The last game of the series will be played on February 10.

Share
Facebook
Twitter
Previous articleIPL 2019: Another trouble comes flying for Rajasthan Royals, authorities to look for a possible escape
Next articleSeries Update: India beats Aussies by 7 wickets, Registers a 2-1 series win Down Under