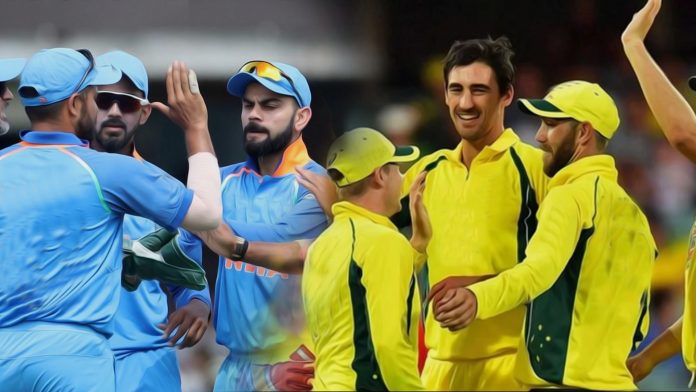 After a heroic victory in Australia, the Men in Blue are all set to host Australia for yet another series packed with lots of drama, thrill, and excitement that will give you an instant adrenaline rush. Well, the preparations on the Australian end are going hard as they plan on to avenge their previous loss.

Recently, the Australian authorities officially announced their 16-man squad for the 2-game T20 and 5-bilateral ODI series. As per the announcements, there had been some major changes in the team which might severely affect the game of the Baggy Greens.

The proclamation of the 16-man squad throws light on Mitchell Starc being ruled out for the entire upcoming series with Mitchell Marsh, Peter Siddle, and Billy Stanlake being dropped off the squad for upcoming T20Is & ODIs. Starc who suffered a pectoral injury while playing against Sri Lanka on the 5th Day of Second Test, will not be seen creating thunder on-field against the Men in Blue.

As per the national selector, Trevor Hohns, Starc will not be available till next series against Pakistan and is expected to make a comeback during the ODI games against Pakistan. "Unfortunately, scans have revealed that Mitchell Starc sustained a substantial tear to his left pec muscle while bowling on the final day of the Test match in Canberra. This means he will be unavailable for the Tour of India, but we will instead target a return to play for the ODI Series against Pakistan in the UAE in March," Hohns said

Other players who will be seen making a comeback to the Australian squad include Kane Richardson, Shaun Marsh, and D’Arcy Short. Meanwhile, Shaun March who is still recovering from a hamstring injury & is awaiting the birth of his second child will join the team from the 3rd ODI, Short will be acting as a cover for Marsh in his absence during the tour. Another major player to make a comeback is Nathan Coulter-Nile who was missing during India’s Tour Down Under following a soreness of the back.