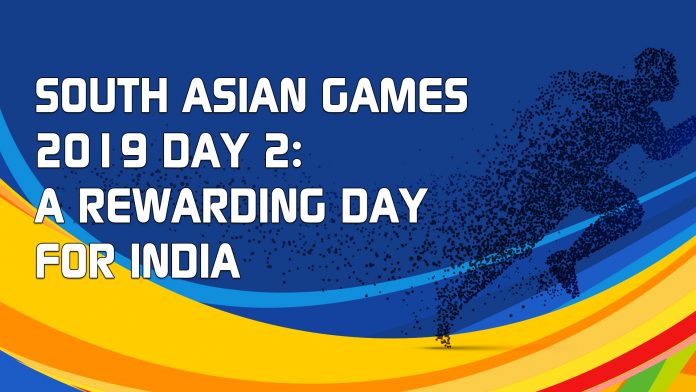 India continued their domination at the 13th South Asian Games by adding 27 medals including 11 Gold on the second day of the event at Kathmandu on Tuesday.

India clinched gold medals in Volleyball in both the Men's and Women's category while the Taekwondo players swept one gold and three bronze medals. India also bagged gold medals in both men’s and women’s Table Tennis events on Tuesday.

Indian athletes stamped their authority on the first day of athletics events as they bagged ten medals including four gold in the opening day. The shooters also showed their mettle by fetching nine medals to expand the country’s tally.

Indian athletes were impressive on the track also as India’s Chanda (4.34.51s) clinched a silver medal in the women’s 1500m event while compatriot Chitra Palakeez (4.35.46s) settled for the bronze.

In Shooting, all three positions were secured by Indians. While the 19-year-old Mehuli clinched the gold with a score of 253.3 in the final, Shriyanka Sadangi(250.8) and Shreya Agrawal (227.2) took the silver and bronze respectively.