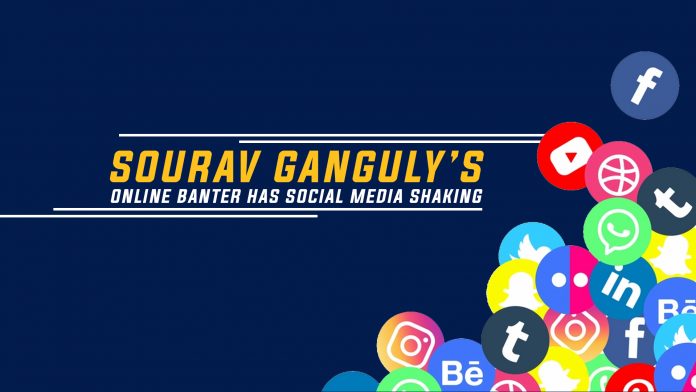 After the success of recently concluded pink ball Test, Former Indian captain and BCCI president Sourav Ganguly was once again in the news but for a different reason this time. The former opener was involved in a funny banter with his daughter on Instagram.

After the conclusion of India’s first pink ball Test, Ganguly posted an image of himself standing in the presentation ceremony. Soon after the former team India captain posted the picture, Sana Ganguly, daughter of Sourav Ganguly, commented, "What is it that you're not liking?".

Sourav Ganguly came up with a cheeky reply and called Sana "disobedient". "that ur becoming so disobedient," the BCCI president replied. But Sana had the last laugh with her comment on her father's Instagram post.

"learning from you," Sana said with a laughing emoji.

Sourav Ganguly, the recently appointed BCCI president turned India’s first Day-Night Test into a grand affair. The former team India captain managed to get veteran sports personalities and politicians in attendance for the historic pink ball match and turned the city of joy into pink city.

The second Test, which began on Friday, concluded within just three days as India handed Bangladesh an innings defeat and completed their third whitewash of 2019.

With the win, India completed their fourth straight innings win and a record seventh consecutive win in the longest format of the game.