Sourav Ganguly Set to Take Over as the New BCCI President 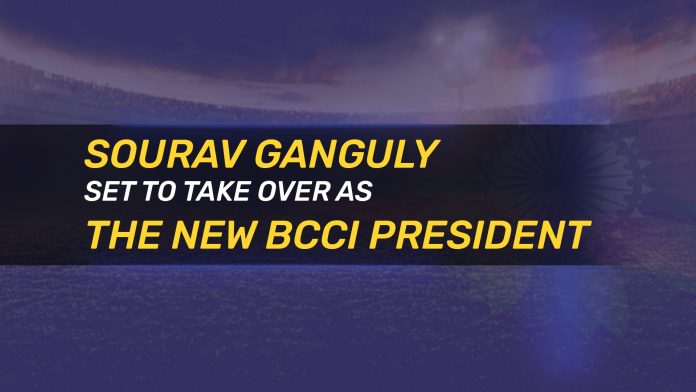 After being a known name in the international cricket world and taking up as the president of Cricket Association of Bengal (CAB) twice, Indian cricket legend, Sourav Ganguly is all set to take up the position of President of the Board of Control for Cricket in India.

As per the reports coming from a leading news agency on Sunday, the former Indian skipper is expected to file his nomination for the administrative post on October 14th before the deadline for the electoral process of BCCI ends. The reports have that Ganguly is the only candidate contesting for the post, and thus, it is expected that he will become the President of BCCI unopposed.

Other than the reports of Ganguly set to become the new BCCI president doing the rounds, and rumours have that the decision was taken at an unofficial meeting called by former BCCI president N Srinivasan on Sunday. The meeting had some big names as the attendees including the likes of N Srinivasan, Anurag Thakur, former secretary Niranjan Shah and former IPL chairman Amit Shukla.

"Obviously, it's a great feeling as I have played for the country and captained the country. And I am taking over at a time when BCCI has not been in greatest of position for the last three years. Its image has got hampered quite a lot. It's a great opportunity for me to do something good," Ganguly was quoted as saying.