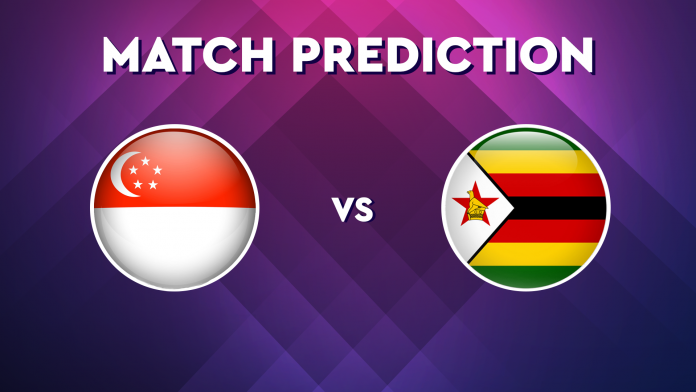 The Singapore T20I Tri-series is moving toward its end with the last match being organized on 3rd October at the Indian Association Ground, Singapore. The game will be held between Singapore and Zimbabwe starting at 5:00 P.M. IST.

The series does not have a final match; thus, the upcoming match will decide who will be crowned as the ultimate champion of the series with higher points. Zimbabwe is currently ruling the points table with 2 wins from three games whereas Singapore is scheduled to play its 3rd game today. If Singapore manages to pull off a victory in today’s game then the upcoming game between Zimbabwe and Singapore will be a close affair. In their previous encounter, Singapore had an upper hand which will just add up to the excitement of the match.

The game is scheduled to be played at Indian Association Ground, Singapore. Looking back at the previous matches held at this ground, the pitch seemed to favor batsmen primarily, and the same is expected to happen in the upcoming game. Thus, the team winning the toss shall opt to bat first.

As per the weather reports coming from Singapore, the day is expected to witness rains with precipitation levels of 31%. The humidity levels will be around 70%.

Also Read: 3 REASONS WHY BASEBALL CAN DO WELL IN INDIA