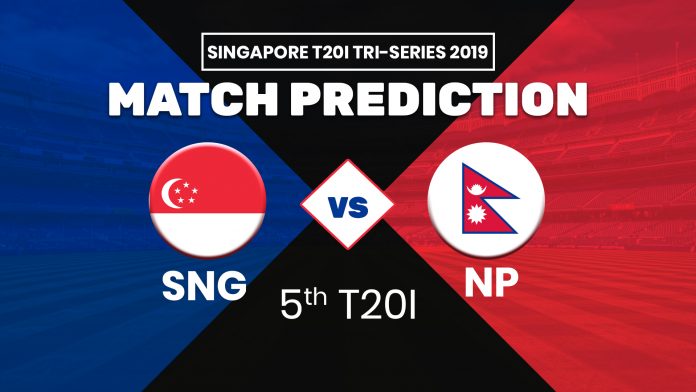 We have witnessed some thrilling action in the first four games of Singapore Tri-series. In the fifth game of the series, Singapore and Nepal will meet each other at Indian association ground at 5:00 PM IST.

Nepal is at the second spot in the points table with one victory in three games. Nepal started its campaign with a five-wicket defeat against Zimbabwe followed by a 9-wicket triumph over Singapore in their next match. However, the team lost its next game against Zimbabwe.

Singapore, on the other hand, has played two games till now. Their series also started with a defeat, but the team has amendments to defeat Zimbabwe in their second game.

In the previous four matches played at this venue, the pitch looked good for batting, and the same is expected for this match also. The captain winning the toss will most probably look to bowl first.

The forecast says that rain might hamper the fifth game of the series. It will be a humid day with a temperature near about 30 degrees Celsius.