Shubman Gill refuses to leave after being given out, sparks controversy 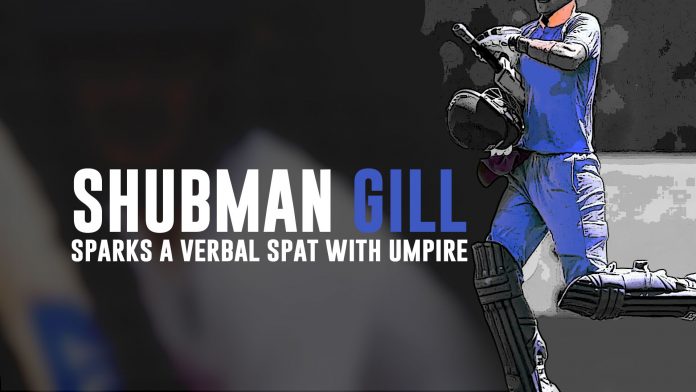 Young batsman Shubman Gill was embroiled in a controversy on the first day of Punjab's Ranji Test Trophy encounter against Delhi. The Punjab batsman refused to walk out after he was given out as he was caught-behind off medium-pacer Subodh Bhati. Gill allegedly got into a heated argument with umpire Mohammed Rafi and according to Delhi’s vice-captain, Nitish Rana even abused him. Umpire Rafi then consulted with the square leg umpire Paschim Pathak and decided to overturn his decision.

The reversal didn't go down well with Delhi team. The whole team reportedly walked off the field and the match was halted for 10 minutes. The game resumed after the intervention of match referee P Ranganathan.

The 20-year-old Punjab opener didn’t last long at the crease and was eventually dismissed by Simarjeet Singh on 23.

"He just told the umpire that he had not nicked the ball. All of us have seen Shubman, he is a very and calm boy”, Walia said.

“No complaint will be lodged”

Delhi and District Cricket Association secretary, Vinod Tihara, said that the matter has now come to end and there was no question of bringing the matter up with the match referee.

"No, the team will not lodge any complaint with the match referee as we believe that the matter ended then and there. The boys just wanted clarity on why the decision was reversed and that was all there is to the matter. No question of stretching the matter and honestly, there was no walk-off either. It was just about getting a clear picture as to what happened", Tihara said.

Punjab ended the Day 1 on 266/8, with skipper Mandeep Singh top-scoring with 81.