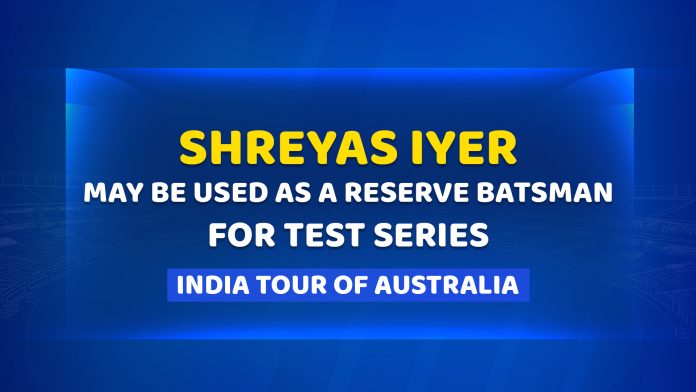 After the doubts on the injuries and the availability of Rohit Sharma and Ishant Sharma in Australia, BCCI can call Shreyas Iyer to stay there after ODI & T20 series to join the Test squad. The right-hand batsman was picked in the white-ball squad which is starting on November 27. After the series, all non-test players will fly back to India. Earlier, coach Ravi Shastri also gave a slight update on Rohit and Ishant’s fitness. He stated that both players won’t feature in the Test series in Australia unless they were on a flight in the next 3-4 days.

“There won’t be any fresh player coming in after Rohit Sharma and Ishant Sharma’s arrival. The selectors picked a jumbo squad for this reason. If the need arises, Shreyas could be asked to stay back. As of now, the white-ball players are supposed to fly back before the Test series but there’s one change in the plans,” a BCCI source stated.

A leading Mumbai newspaper also claimed that both Rohit Sharma and Ishant Sharma can miss the entire Test series. The duo is recovering from the injury at the National Cricket Academy in Bangalore and there is no positive update on their injuries.

Even Rohit Sharma talked about his position in the Test series knowing the fact that Virat Kohli will miss the last three Tests and few experts said that management should use him at number 4 in the absence of Kohli.

"Rohit was never going to play the white-ball series, they were just looking to see how long he needed the rest, because you can't afford to be resting for too long. If you need to play in the Test series or any red-ball cricket, you've got to be on the flight in the next three or four days. If you aren't, then it's going to be tough," Shastri said in an interview with ABC Sport.