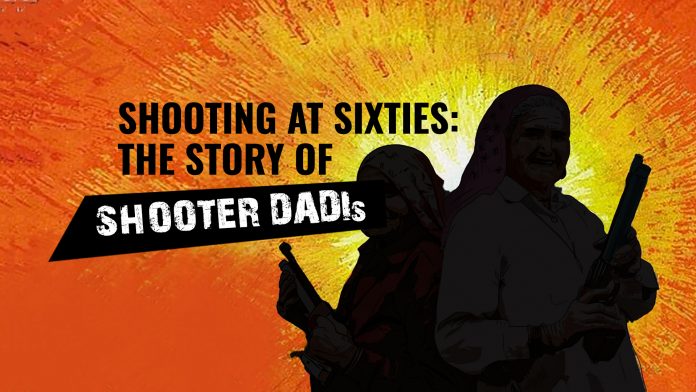 Someone has rightly said, “Passion has no age.” Reckoned as the Shooter Dadis of India, sisters-in-law, Chandro Tomar & Prakashi Tomar made the aforementioned saying, the definition of their lives. In an age when most of the elderly people find it difficult to grab on to things, these two picked up rifles and went on to earning fame with various prestigious awards and medals. Well, most of us know the name but not the story & struggle behind their success. So, today MyTeam11 takes out a moment to know and appreciate the efforts of the Tomar sisters-in-law.

Who are Chandro Tomar & Prakashi Tomar?

Chandro Tomar & Prakashi Tomar are sisters-in-law belonging to Johri village of Bagpat district in Uttar Pradesh. Both Chandro & Prakashi have 5 & 8 children respectively, while the number of grandchildren is twelve and twenty, respectively. They lived the life of a normal housewife before they started their career in shooting.

How did their Shooting Journey Start?

The Tomar sisters-in-law were introduced to professional shooting when Chandro’s granddaughter Shefali & Prakashi’s daughter Rekha wanted to learn shooting. However, both Shefali & Rekha were afraid of going to an all-boys shooting club all alone; thus, asked Chandro & Prakashi to accompany.

That was the first time they both held a pistol in hand, and since then, there was no looking back for either of the two. They started their career when they were both in their sixties, and are still recognized as the oldest sharp-shooters of India. Putting it in the words of their trainer, "the ultimate skill, a steady hand and a sharp eye."

What all Achievements they have under their name?

The two started professional shooting while managing all their daily household chores. Not just their sharp-shooting skills and age attracted eyeballs, but their attire which comprised of ethnics with a veil.

Both Chandro and Prakashi Tomar have won around 25 national and international championships. Chandro Tomar won a gold at the Veteran Shooting Championship which was held in Chennai. On the other hand, Prakashi Tomar was conferred with the Stree Shakti Puruskar by the then President of India, Pranab Mukherjee.

They have both together encouraged the females of their family to take up professional shooting as a career choice while inspiring a million others in the country.

Muskaan Sharma
Some say she gained her writing skills from Napolean Hill others say, Paulo Coelho. It's rumored that Chetan Bhagat consulted her for the novel "The girl in room 105." Some say she was born with a quill in her hand. She is often heard saying, "People who don't write are Zombies, they love eating brain but not utilizing it do something creative." Muskaan Sharma, pursuing her graduation but still a child at heart is associated with MyTeam11 as a content writer. She is a firm believer of Mishkka's saying, "If we don't tell our stories no one else will. If they do, it will be without us."
RELATED ARTICLES
Uncategorized

Murray pulls out of Delray Beach event amid coronavirus concerns