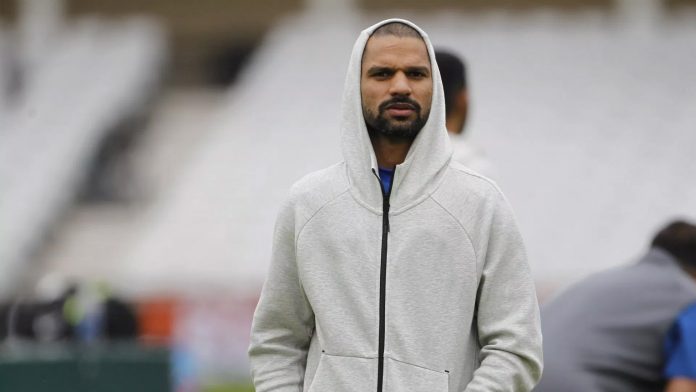 The left-handed Indian batsman, Shikhar Dhawan, posted a tweet expressing his grief about not being able to recover from the injury and giving blessings to the team for the upcoming games. Here’s what he tweeted.

Playing against Australia at the Oval, team India’s left-handed opening batsman, Gabbar, was hit on his left thumb. After that, he looked in pain but somehow batted for the entire innings and played a match-winning knock of 117 runs. However, the 33-years-old batsman didn’t field for the team during the entire Australian innings. Ravindra Jadeja performed the job for the team in place of him.

And now he has been officially ruled out of the entire World Cup because he has yet not recovered from his injury.

Young, dynamic wicketkeeper-batsman Rishabh Pant has already been sent to England as Shikhar Dhawan's cover. He reached Manchester and joined the team even before the match against Pakistan. But the team management decided to wait for a week to see whether Dhawan can recover or not.

Shikhar Dhawan failed to recover as the result of which Rishabh Pant has been included in the 15-member squad.

The team manager, Sunil Subramanian, said, “Shikhar Dhawan has a fracture at the base of his first metacarpal on his left hand.”

But, now the fact is that he will not be a part of the team for the entire tournament. Now, the responsibility will be on the shoulders of KL Rahul to open the innings with Rohit Sharma. Against Pakistan, he provided an excellent support and scored a half-century while opening the innings. The team will be expecting the same from him in upcoming matches.