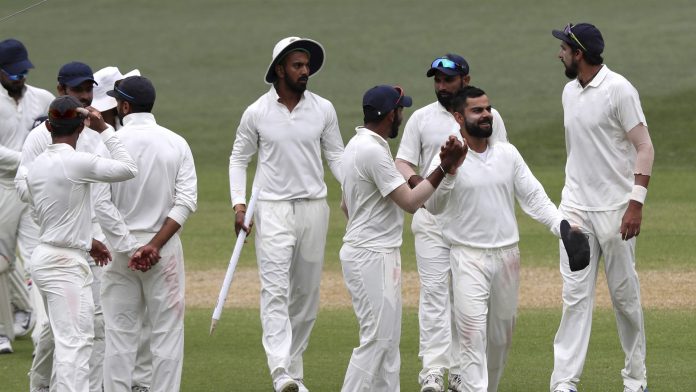 Virat Kohli led Men in Blue scribbled history on Monday as the team registered their first maiden Test victory against Australia on the Australian soil. The news came after the 4th Test of the series at Sydney was declared as Draw on Monday due to rain, after a 4 days’ game.

Well, the series had been a tale of interesting events since the beginning, and the end was more terrific. The series started with India winning the 1st Test; however, the second test went into Australia’s hands. But with the Third test, team India hoped back into the game winning the Test and getting ready to clinch their maiden victory on the Australian soil against the hosts.

Cheteshwar Pujara, who was adjudged as the “Man of the Series,” scored a mammoth 521 runs in the series. Pujara created history by scoring 3 tons during the series. Already holding 2 centuries under his belt before the Sydney test, Pujara played another mesmerizing inning at Sydney, scoring 193 before walking off the field.

Another heroic performer of the Sydney Test was Rishabh Pant who not only registered the title of “Most Catches by an Indian Wicket-keeper in a Test Series,” but also played an alluring inning at the Sydney Test. Pant recorded a score of 153 runs remaining unbeaten through the 4th test before team India declared the game at 622 for 7.

The hosts were dismissed for a total of 300 runs by the Indian Bowlers and were forced for a follow-on to match the visitors’ total of 622 runs. However, the umpires called the game Stumps due to the weather, and the Australian team could only score 6/0 after being forced to follow-on. On Day 5 there seemed no possibility to begin the game due to the rains in Sydney, and thus, the match was drawn, giving team India a 2-1 victory against the Aussies.

It was the first time in 30 years that the Baggy Greens were forced for a follow-on at their home ground. Prior to this, England’s Mike Gatting pestered Australia for a follow-on back in the year 1988 that too on the Sydney ground.

As the Test series comes to an end with India clinching a 2-1 victory against Australia, we look anxiously look forward to the 3-game ODI series, scheduled to begin from January 12, 2019. We are eager to see what new the upcoming series will have to present. If you want to keep receiving the latest sports stuff, then stay tuned to MyTeam11.

Share
Facebook
Twitter
Previous articleBangladesh Premier League: MyTeam11 signs as co-presenter, Game to Kick-start from Jan 5
Next articleIPL Update: Only 3 Home Matches for Franchises; IPL to be Held in India despite Elections