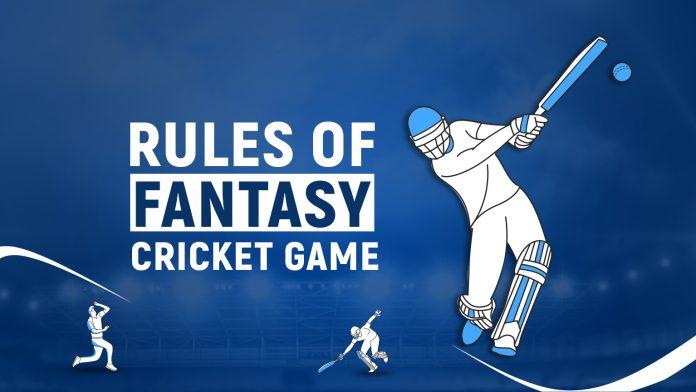 Fantasy Sports have been a prevalent concept overseas. However, here in India, the Fantasy Sports industry took everyone by surprise. Today, millions of Indians create their fantasy teams not just in cricket but in other sports as well.

Fantasy Cricket is an online game in which you create a virtual team of real players and points are scored depending on how those players perform in real-life matches.

There are no mind-bending rules when it comes to making teams in Fantasy Cricket. However, there are certain easy rules that you should keep in your mind before creating teams.

The idea behind Fantasy cricket is to form your own virtual team of the 11 best players based on your knowledge. On the same note, your knowledge of the sport plays a key role as it gives you a better insight into players’ recent performance which eventually lets you create a much stronger team.

Once you create your team, you cannot enter a match without assigning the captain and vice-captain of your team.

Additionally, you need to be careful before choosing your captain and vice-captain as the captain gets x2 points during the match and the vice-captain will get x1.5 points.

In order to create your team, you have to choose at least 1 player from each of these categories. Once done, you can complete the rest of your team with the players of your choice.

How To Play Fantasy Cricket on MyTeam11

MyTeam11 is arguably one of the best Fantasy Cricket apps out there. Since 2017, the application has catered to a user base of over 15 million and is still going strong.

Creating your Fantasy Cricket team on MyTeam11 is easy and hassle-free. Here are the steps involved in making teams on MyTeam11:

Select the match in which you’re willing to make teams

You have to choose a contest in which you will make your teams. There are a number of contests available for a particular match and each of them has a different winnings pool and entry fees.

Select 11 players for your team. The selection depends upon your knowledge about the sport and how well you know about the players you are choosing for a particular match.

NOTE: You can only choose a maximum of 7 players from one team.

So this is how you make your fantasy teams on MyTeam11. The application lets you make 15 teams for a particular game which improves your winning chance drastically. Now no more waiting, make your teams now!

You have now figured out that making fantasy cricket teams on MyTeam11 is not just fun but also gives you a better chance at grabbing big winnings. MyTeam11 also offers exciting games like Poker, Rummy, Ludo, etc. where users have the chance to earn in real-time. You will not regret choosing MyTeam11 to play fantasy cricket. So, good luck playing!