Rohit Sharma: Rebirth of a middle-order batsman as an Opener 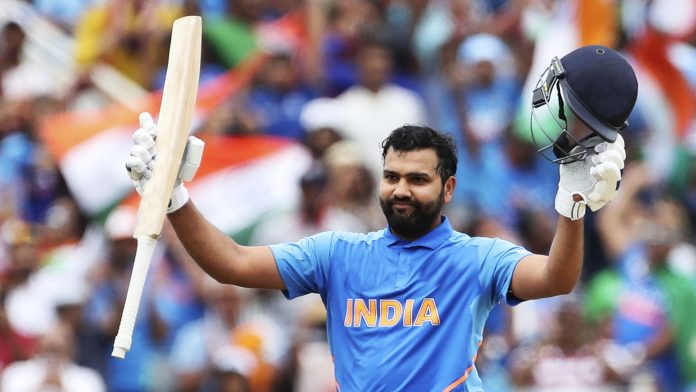 Rohit Sharma, the man who failed to make a place in the 2011 World Cup squad, proved to be the most consistent player in the on-going season. With his terrific performance, the player has definitely blown up the “First impression is the last impression” theory.

As a middle-order batsman, his ODI performances suffered a downturn following which his middle-order position was taken over by left-handed batsman Suresh Raina. Furthermore, Virat Kohli, who is ruling the world presently, took his place as the reserve batsman. Rohit played 67 innings as a middle-order batsman in which he only scored 1967 runs with the help of two centuries and 12 half-centuries.

The time since Rohit got an opportunity to open the innings for India, his career has completely transformed. It was during the 2013 Champions Trophy when he got the chance to open the innings along with Shikhar Dhawan, from there, the 32-years-old batsman hasn’t looked back.

After he started to open the innings for the national side, he broke various records and is still on the verge of doing it. His records are proof of this. He is the only batsman in the cricketing history to score three double centuries in One Day Internationals.

Overall in 128 innings as an opener, the stylish right-handed batsman has scored 6587 runs with the help of 25 centuries and 32 half-centuries at an average of approximately 60.

In the ongoing World Cup 2019, the Nagpur born batsman, Rohit Sharma again shifted the focus of entire Cricket Fraternity towards him after he equaled ‘Cricketing God,’ Sachin Tendulkar’s World Cup record. In the second last match of the league stage, where India locked horns with Sri Lanka, Rohit became the second batsman in the World Cup history to score six centuries. The fact that makes it more interesting is Sachin Tendulkar took 44 innings to hit six centuries, but Rohit Sharma achieved the feat in 16 innings only.

Rohit Sharma‘s sensational form in the World Cup 2019 has seen him get 647 runs in eight innings and he is just 26 runs away to break Sachin Tendulkar’s 2003 World Cup record of 673 runs.

Indian team Vice-Captain, Rohit Sharma started his World Cup 2019 campaign with an unbeaten 122 runs against South Africa at Southampton. He continued his mind-boggling form and scored 57, 140, 1, 18, 102, 104 and 103 to end the league stage with an excellent batting average of nearly 93.

Undoubtedly now, whenever the pages of One-Day Internationals‘ history will open, Rohit Sharma’s records will be there on a separate page highlighting the outstanding achievements of the batsman.

India is scheduled to play New Zealand in the first semi-final, and Indian fans will be hoping from the opener to show his classic performance once again, to help India reach to the World Cup finals for the fourth time.